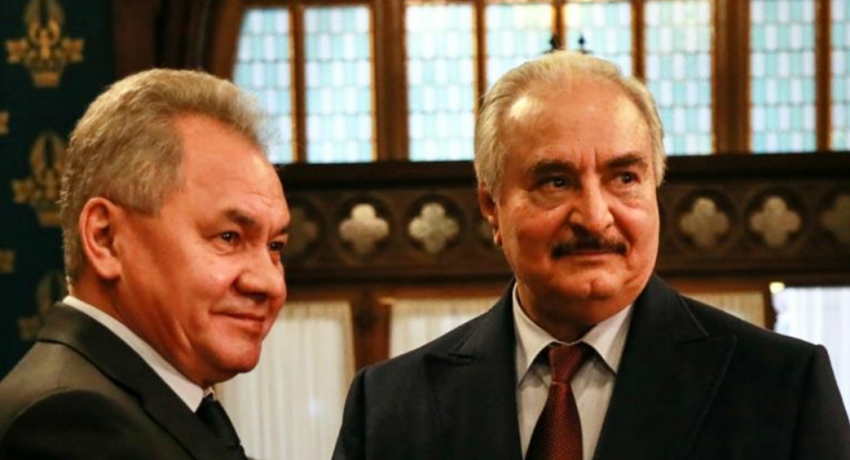 Colombo (News 1st): Libya’s renegade military commander Khalifa Haftar has left Moscow without signing an agreement that would have formalized a tentative ceasefire in the war-wracked country.

After hours of negotiations brokered by Russia and Turkey, Haftar asked until this morning to look over the agreement already signed by the head of the United Nations-recognised Government of National Accord Fayez al-Sarraj.

But Haftar, whose eastern-based forces launched an offensive to seize the GNA’s base of Tripoli in April, left Moscow without signing the deal drafted at the indirect talks. Visiting Russian Foreign Minister Sergey Lavrov commented on the matter during the media briefing today.

Responding to foreign journalists at the media briefing, the Russian Foreign Minister spoke about the situation in Libya.

Journalist: We see a lot of analytical data today claiming that the Libyan situation may become second Syria. What is the distinctive feature of Russian diplomacy?

Min. Sergey Lavrov: We are trying to join all efforts, including Europe and by countries such as Germany France and Italy. We will also join efforts by neighbours of Libya, such as Algeria, Egypt, United Arab Emirates, Turkey, Qatar, and Russia. So we are hoping to join them and encourage Libya to find accord rather than proceed with the military action. So far there was no definitive outcome. What we are trying to do today is to make Libyan parties responsible and take ownership of the situation.