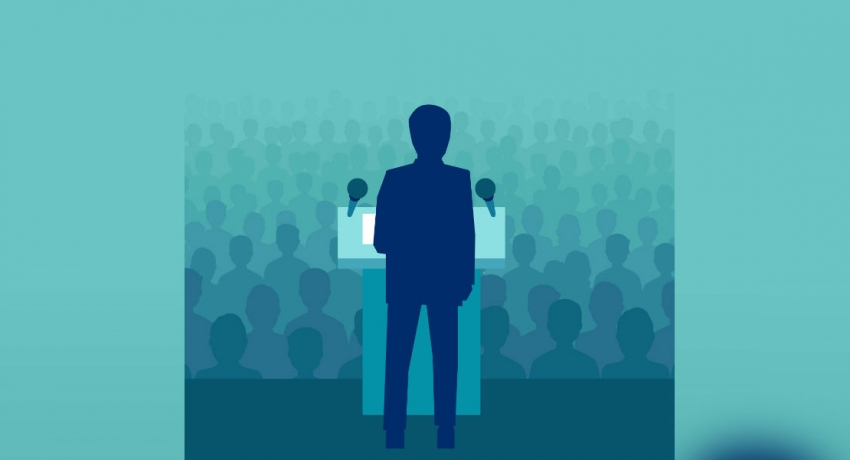 COLOMBO(News 1st) – Sri Lanka is famed for its diversity as much as its friendly, ever-smiling people – perhaps the qualities of a tropical islander nation. Seventy-one years after the last colonial masters left the island, an up-front and close dissection of the record of our political leaders must reach one conclusion: under performance that has gone from the promising to the completely pathetic. There is no way even with the most wide of wide-angle lenses that the leadership question in Sri Lanka could ever be described as copacetic.

Please don’t get us at the Ceylon Independent wrong: it’s not that we have not had several aspiring leaders. It is that none have been able to live up to the ideals of exemplary global-class, pure democratic leadership – Integrity and Accountability has been absent much as it has only been rare to have rain in the deserts of Arabia. A region where democratic leadership has been as rare as rain. A region that has troubled the conscience of the free thinking world for far too long.

In Sri Lanka as in much of other parts of the world, the word “politician” has connotations of a negative nature.

Present day events and an apparent change in the trajectory of leadership augurs well for the people of our nation.

The winds of change are howling at the feet of the leader of the United National Party with a seeming majority of its members declaring all but enough is enough as their clarion call.

Never before has the call for changing Ranil Wickremesinghe been so focused. Its intensity has caught political opponents off guard. In an ambience where even the current opposition is engulfed in corruption and endemic departures from due process, Sajith Premadasa is fortuitously devoid of claim of being corrupt. He is the real Mr Clean at the UNP – a slot that had previously been bestowed upon a man who it is now apparent should never have had that crown or portend to wear it in the knowledge that it was shameless to do so.

This week if the stars (for that is where our last hope lies) are in its most opportune position, the UNP will crown Sajith Premadasa as the effective leader of the party even if Wickremesinghe is to create a better position for himself in his political retirement. It may well be that this will be achieved by a breakaway faction but a leader must do what a leader must do.

Political leaders are of immense import for the country. Through the will of the people they exercise the peoples’ power to allocate resources and authority, build relationships with all stakeholders and generally make decisions that shape the future trajectory and ultimately the well being and happiness of the people – without a thought for personal agendas and or gain.

Leadership necessarily means having the vision to make decisions for the greater good of the nation. Some decisions may well be bitter in the short term and will necessarily be unpopular amongst the people. Leaders with mettle will be able to carry the country forward despite the unpopularity convincing the populace along the way that the ultimate beneficiary will be good for the country as a whole.

This necessarily means that the Leader will have charisma and integrity. Leaders must also be able to be good assessors – assessing what is best for the country and for the greatest number of its people. This, in turn, requires a Leader to be more than a politician – it requires Statesmanship – that is the ability to stand up for what is right, even if it does mean resigning from political office or losing an election.

Sri Lanka has almost an abundance of legitimate hope. It has the nearest to an independent non-political President. In the world of parliamentary politics, Sri Lanka sees the emergence of a man who has every right to be termed Mr Clean – coming as he does from a party that has been engulfed in near-endemic corruption and departures from the procedure.

Ironically perhaps both Nandasena Gothabya Rajapaksa and Sajith Premadasa are virtually new boys on the block when it comes to the upper echelons of political power and responsibility.

In the event the people of Sri Lanka play their cards with a view towards the future of our rather splendid isle, the GR SP combination is all too powerful a possibility to dismiss out of hand.

The arbiter as ever in all such matters will be the mandate of the people.