COLOMBO (News 1st) – Spokesperson of the Ministry of Power and Renewable Energy, Sulakshana Jayawardene said, the lack of rain has increased demand for power consumption in the country.

Accordingly, daily power consumption has increased by 44 Gigawatts per hour.

The Ministry further requests the general public to conserve energy due to the prevailing condition.

Now environmentalists point out that in order to address this increase, the government must present an environmentally sustainable power generation plan and not proceed with the construction of the coal power plants, proposed by the previous government.

The world consumes 65% more coal today than it did in the year 2000. According to the International Energy Agency, coal power generation in Asia has arisen from just over 20% in 1990 to almost 80% in 2019.

Now one of the main reasons for the increase in coal power generation is because many are of the view, that coal is the cheapest source of power generation. But energy experts say the trends have now changed.

“The reason why people still push for coal power is because of a myth that coal-based generation is cheap. The cost of generation from a new large scale solar power plant is less than 50% of a new coal power plant.

Coal prices globally are higher than renewable sources. The previous government’s policy was to have 50% renewable energy by 2030, and 100% by 2050.

So it actually declines. Adding more coal power to the grid means the government will not be able to meet these targets.

The potential for renewable energy exceeds our needs even in 2050. If we couple our needs with solar. wind and hydro energy we can provide cheaper power to the general public.”

Whether or not coal is the cheapest source of power generation, environmentalists point out, the impact of coal power plants are long term and detrimental.

They point out, that the damage caused by coal power plants, is not only limited to the immediate surrounding environment but extends to as far as the Anuradhapura district.

“Burning of coal produces something call fly ash which deposits on vegetations and buildings. I have been to Norochcholai and seen the areas with fly ashes deposited and the damage to the crops and actual impact on human skin rashes.

Coal produces sulfur dioxide which gets mixed with water. The particular problem for us with Norachcholai is that the prevailing southwest monsoon winds take this sulphur dioxide gas right through and across to Anuradhapura which is an important ancient city and a cultural site.

Many monuments which can be damaged by hydrogen sulphide and sulphuric acid especially any statue or any other monument made of limestone, which many are crystallized limestone statues of Buddha and Bodi Sathvayas all those will erode and dissolve.

So these are actually real impacts. Now, this President has said that our renewable energy target by 2030 is 80% renewable and only 20% non-renewable like coal and oil.

So if we are going to put new power plants that are powered by coal, how are we going to ever get close to that target.”

USD 300bn is needed to stop the rise in greenhouse gases and buy up to 20 years of time to fix global warming, according to United Nations climate scientists.

But will Sri Lanka contribute to this effort, will depend on the government’s long term power generation? 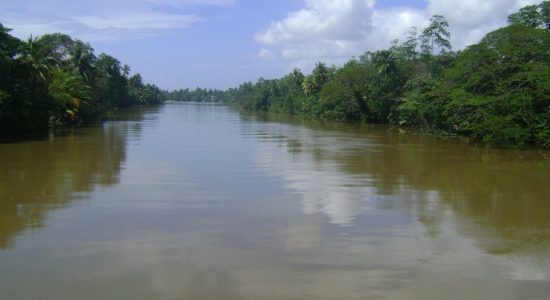 Daily demand for electricity hikes due to dry weather

Power failures in several areas due to strong winds

Hydropower generation has increases to 42%

Demand for electricity hikes due to dry weather