COLOMBO (News 1st) – A program to provide arms to Civil Defence Force personnel for self-defence and to chase away wild elephants, commenced today (January 11) under the auspices of Minister of Wildlife S.M. Chandrasena.

The program which commenced at the ancient Galvihara Viharaya in Kudabelmankada, Thambuththegama will be carried out islandwide.

Today, the Civil Defence Force personnel in the Thambuththegama area were provided with firearms.

S. M. Chandrasena, Minister of Environment and Wildlife Resources noted that they had to go through a number of hardships to provide firearms for the Civil Defense Force.

Abeyratne Herath, SLPP Pradeshiya Sabha Member of Talawa stated that this is an effective program, however, if the Civil Defence Force personnel would neglect carrying out their duties still it would not make a difference to the helpless farmers.

As Minister S. M. Chandrasena and the locals shared their thoughts with each other, the minister questioned whether they were at least a given a catapult in the last 5 years and requested them to support their program which the locals and the Civil Defence forces agreed to. 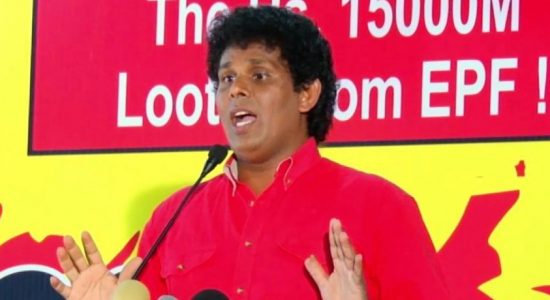