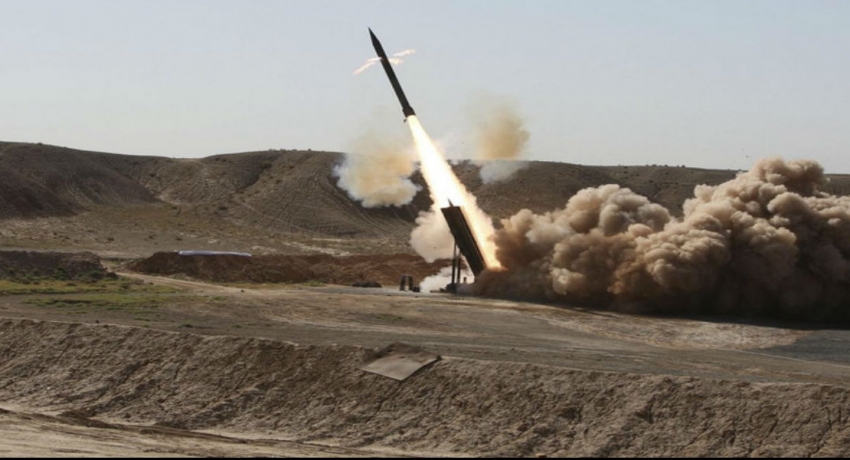 Iran launches attacks on US troops in Iraq

Iran launches attacks on US troops in Iraq

At least two airbases housing US troops in Iraq have been hit by more than a dozen ballistic missiles, according to the US Department of Defence.

Iranian state TV says the attack is retaliation after the country’s top commander Qasem Soleimani was killed in a drone strike in Baghdad, on the orders of US President Donald Trump. The Pentagon says at least two sites were attacked, in Irbil and Al Asad. It is unclear if there have been any casualties.

Foreign media, quoting sources said, one missile landed inside the perimeter of Erbil International Airport without exploding, the second missile hit an area 33 kilometers west of the city of Erbil.

Iran’s Revolutionary Guard said the attack was in retaliation for the death of Soleimani on Friday.

“We are warning all American allies, who gave their bases to its terrorist army, that any territory that is the starting point of aggressive acts against Iran will be targeted,” it said via a statement carried by Iran’s state-run IRNA news agency.

Iranian Foreign Minister Javad Zarif later issued a statement on Twitter, claiming the attack was self-defense and denied seeking to escalate the situation into war.

President Trump tweeted shortly afterward, insisting “all is well” while adding that they had not yet assessed possible casualties. Foreign media quoting the White House says President Donald Trump will not deliver an address today, adding that no additional briefing will be provided, following a missile attack on two Iraqi bases that house US troops. Aides had been making preparations for a possible address to the nation after Iran fired missiles at US forces in Iraq.

The US Federal Aviation Administration said it was restricting non-military US aircraft “from operating in the airspace over Iraq, Iran, and the waters of the Persian Gulf and the Gulf of Oman.”

The Islamic Revolutionary Guard Corps said in its Telegram channel that, in the event Iranian soil is bombed, it will target the cities of Dubai, United Arab Emirates, and Haifa, Israel, in the third wave of operations. The IRG also threatens to attack inside America if US responds to the missile attacks.

According to Emergency services officials, as quoted by foreign media, the death toll in a stampede at Soleimani’s funeral has reached 40! The number of injured has risen to 213. Meanwhile, oil prices have jumped following the airbase attacks in Iraq.

Crude oil jumped by as much as 4.5% to $65.65 per barrel in Asian trade on concerns that this could disrupt oil supplies from the Middle East.

So-called safe-haven assets, like gold and the Japanese yen, also rose sharply on the news. At the same time, global stock prices were sent lower on concerns over the growing conflict in the Middle East. Japan’s benchmark Nikkei 225 stock index fell by more than 2.5%.