COLOMBO (News 1st):- Several parliament members spoke on the investment project where 3 1/2 acres of land in Colombo will be given to a foreign country.

“The government led by Gotabaya Rajapaksa is trying to give away the 3 acres of land opposite to Galle Face, to a subsidiary of Shangri-La. But they must show the people that this was given to Singapore. But the truth is, there is a connection between these two companies. This property has been taken over by Perennial Real Estate Holdings Limited. Another organization named Wilmar International Limited owns 20% of the stake of Perennial Real Estate Holdings Limited. Another organization named The Kuok Group owns 30% of the stake of Wilmar International Limited. Now the parent company of Shangri-La Hotels is The Kuok Group. Although the government tries to show everyone that one investment was from China and the other from Singapore, this property was given to Shangri-La. This is not what the people voted for.”

The United People’s Freedom Alliance was the first to accuse the project, of constructing a 30-storey commercial tower on a three-acre plot of land located between the Beire Lake and Shangri-La Hotel on Baladaksha Mawatha in Colombo, as fraudulent.

“Minister Malik Samarawickreme has presented an amazing proposal to the cabinet, named the amendment proposal submitted by Perennial Real Estate Holdings Limited. They are proposing to sell this property outright to this Singapore based company. The government has provided an estimate of Rs. 12.5 million rupees per perch. Didn’t the value of property increase in the past 8 years? In our view, a tender should be called for this matter. We could get a higher value for the property.”

However, today MP Kanchana Wijesekara expressed the following views on the matter.

“The cabinet paper submitted by Prime Minister Mahinda Rajapaksa includes all these facts, including the date of approval, how the property was given out, and the approval given by the previous government. The lease agreement was given to Perennial Real Estate and the land was taken over by the BOI from the Ministry of Defense in 2018. Our government has actually expedited the process. The granting of the approval, selecting the investor, and the provision of the land deed was all done during the previous regime.

“It was during the previous Rajapaksa regime that the Shangri-La property was sold outright to them. The present government now claims they have received a wonderful investment and plans to lease the property adjacent to Shangri-La in Baladaksha Mawatha. Minister Bandula Gunewardena said yesterday, we hope to receive more investment projects like this and the government must provide more facilities for this. The present government fooled the general public, to win the election.”

Meanwhile, several journalists questioned parliamentarians in Nuwara Eliya today, regarding the provision of the property in question, to another subsidiary company of the parent company of Shangri-La.

To which the State Minister of Lands and Land Development, S. B. Dissanayake said that Shangri-La is a large chain of hotels, expanded worldwide and that they are not aware of its parent company and that even if there are links between the companies, that is not relevant to them.

“The property has been given out to another Shangri-La company. There is a huge scam behind this. It has been reported that Perennial Real Estate is another subsidiary of the parent company of Shangri-La. Shangri-La is playing the same game after this government came into power. Who is benefiting from this? Why did the government do this so quickly? Why did they not call for tenders? The government must answer these questions.” 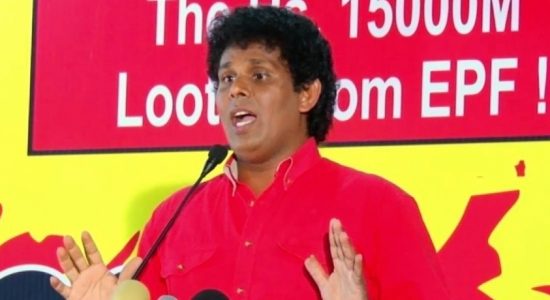 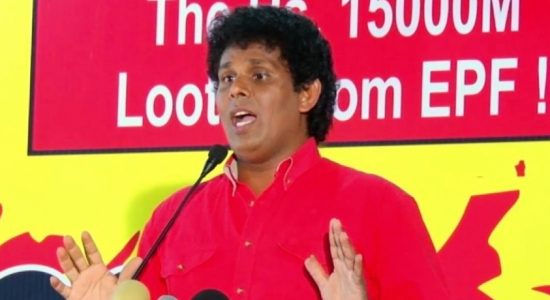 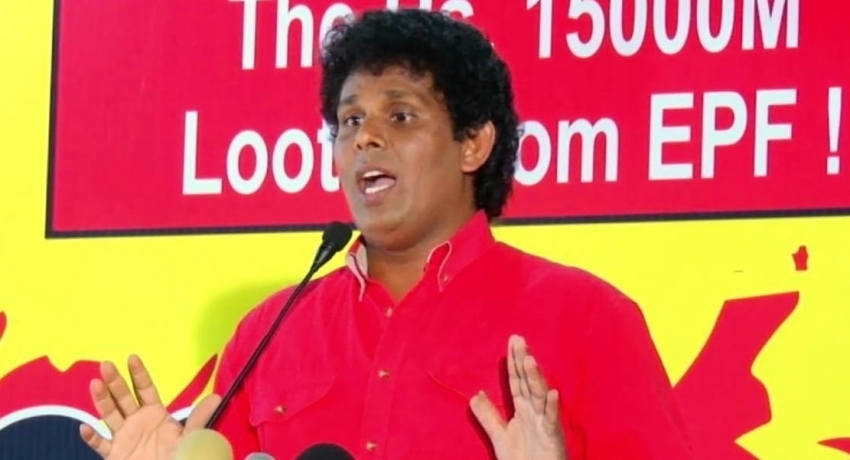