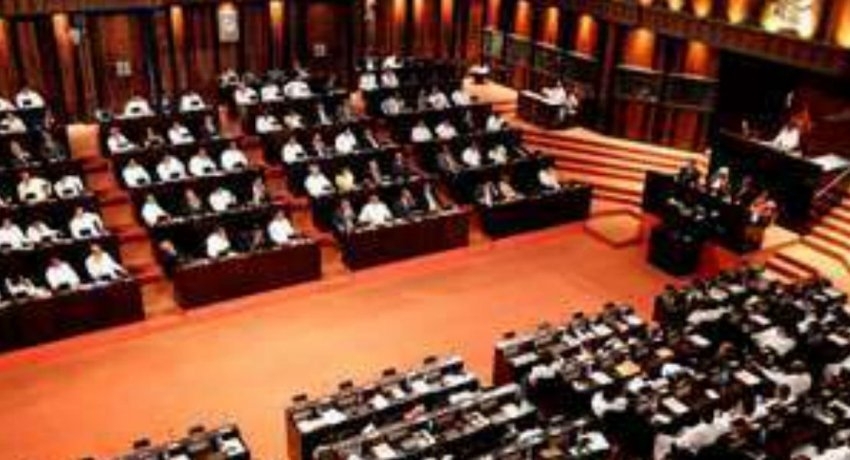 Colombo (News 1st): MPs representing the Opposition and the Government expressed their views regarding the Forensic Audit Reports on the Central Bank Bond Scam.

UNP MP Dr. Harsha De Silva: COPE has not been appointed yet, you have the reports. I request you to table the Forensic Audit Report to the Parliament.

Speaker: I will draw my attention when the committee starts functioning.

UNP MP Ravi Karunanayake: I stand here and ask where the Forensic Audit Report is and why is it delayed. And also we propose Sunil Handunnetti to be appointed as Chairman of COPE.

UPFA MP Lakshman Senewiratne: For 4 and a half years we have investigated this matter in COPE, so it has to be tabled in Parliament.

UNP MP Ajith P. Perera: As to our knowledge close to Rs 900 million was spent for the Forensic Audit Reports on the Central Bank Treasury Bond Scam. Who are the real thieves? Since when has this been happening and to whom has this money been directed? It has detailed information on what occurred. Speaker, currently you have a copy of the report.

Speaker:  I don’t have it. The COPE has it. When the COPE gets activated, I will give instructions to release it.

UNP MP Ajith P. Perera: You are the head of this Parliament, the COPE is under you. Submit the report immediately.

MP Sunil Handunnetti: They are in the COPE secretariat. When Parliament was prorogued on December 3rd the COPE cease to exist. Then the COPE has no way of investigating. So the Select Committee must take a decision by appointing a new committee and a chairman. There is no practical way of tabling the report without the decision of the Select Committee.

Speaker: We can discuss it next week during the party leaders’ meeting.

UNP MP Ravi Karunanayake: Speaker as previously said, the reports are with you until the COPE is appointed.

Speaker: No, currently it is with the COPE, I will look into it.

UNP MP Ravi Karunanayake: Speaker, COPE is not needed. This is just hidden for no reason. Please release it.

UPFA MP Nimal Lanza: We request you to appoint the COPE as soon as possible and reveal the thieves behind the Central Bank bond scam to the general public.