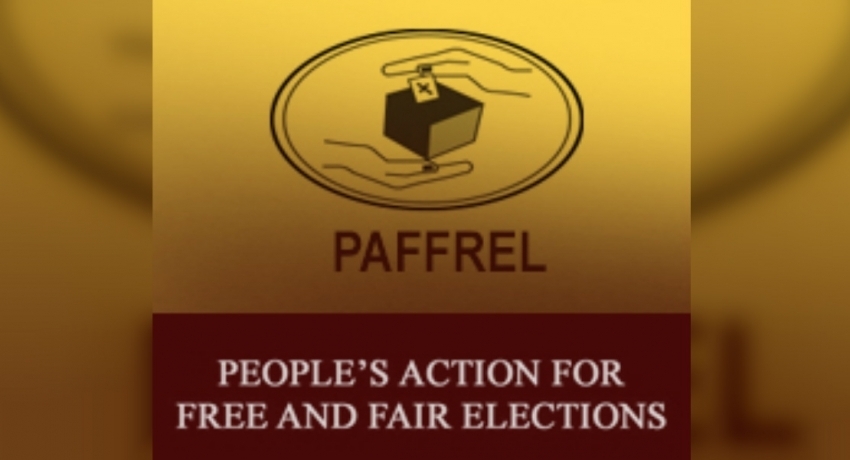 COLOMBO (News 1st) – The Interim Report of PAFFREL on the 2019 presidential election was released today (December 26).

According to the report, the recently concluded presidential election was the least violent, when compared with the 2010 and 2015 presidential elections. The report further added, the misuse of state power and public property was also comparatively lower. However, PAFFREL today pointed out several facts that must be looked into.

Rohana Hettiarachchi, Executive Director of PAFFREL noted that a draft bill to limit election expenditure was approved by the cabinet of the former government and the Attorney General’s Department and it only requires cabinet and parliamentary approval to be passed.

He added that this bill must be enforced with immediate effect and members of the National Election Commission had expressed various views during a number of occasions.

He further added that they must enforce laws to limit the number of contestants in the future and they have submitted several proposals in this regard and proposal to increase the amount of the deposit.