RW vows to secure 103 seats at the general election

RW vows to secure 103 seats at the general election

COLOMBO (News 1st):- A UNP electorate meeting of the Galle district took place in Galle this morning (December 14) under the auspices of party leader Ranil Wickremesinghe. The meeting was convened to appreciate and thank the party supporters who worked towards the victory of the Galle electorate in the recently concluded presidential election.

Addressing the meeting, Wickremesinghe says that everyone must look to the future and not into the past anymore. He said that although some claim that the party will only be able to secure 50 seats at the upcoming general elections that the UNP will not fall just like that.

He further said that based on the current results that all three parties of the opposition could try and secure a number of 103 seats, which is when the UNP, TNA and the JVP come together. The UNP party leader says that if they work to act tactfully, they could increase the 103 targets into a 108 and maybe even a further 113. 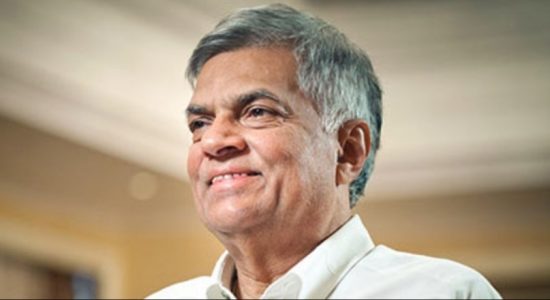