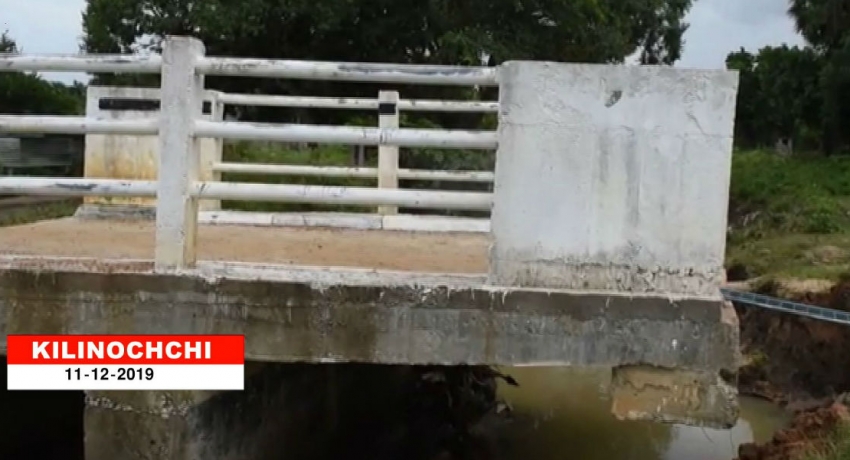 COLOMBO(News 1st) – A bridge that was constructed 2 years ago from the A9 route in Kilinochchi Paranthan along the Mattupetti road at an expense of Rs 4mn collapsed on the 6th of December, pushing those who depend on the route into grave difficulty.

Under the Gamperaliya program headed by the former government, the road was reconstructed 3 months ago in Killinochchi, Karachcha Thiruweiar and now the people face a tragic fate. The residents added that the construction of this road was aided by S. Sridharan

Gamaperaliya and many such programs that misused public funds, in the present and former governments are evident before the eyes of the public, and the people of the nation will serve the right to those public representatives who are responsible in the upcoming elections.

"Gota will control through a military system"