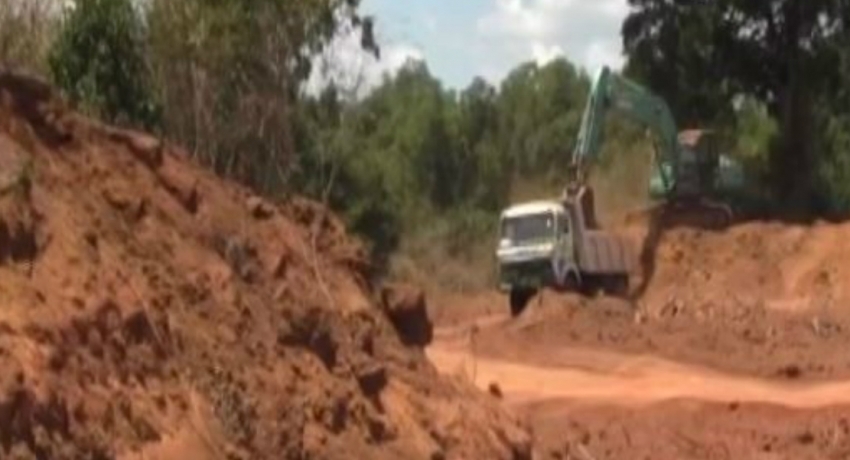 As the public protested against the operation those who were engaged in the racket fled the area along with the vehicles and machinery.

Later Police along with the District Secretary of the Marudankeni area arrived at the scene. Residents said that the transporting of sand was conducted for the past few days.

“They have arrived at a decision saying that a license is not needed to transport sand. But to conduct sand mining permission must be granted from the relevant District Secretariat and other authorities. A police post should be established in this area.”

Point Pedro police are conducting further investigations into the incident.

“Minister of Environment said permits to transport rock, sand and soil have been revoked. A massive political mafia is behind this.

The quarry which led to the loss of 4 lives in Walapane has no restriction to it. The whole country is aware that this quarry was started with the intervention of C.B. Ratnayake. What is the current government going to do?

I think everyone in the country knows who S.M. Chandrasena is. A new leader has risen to power. If you really want to protect the environment, create the right dialogue.”

Nayanaka Ranwella, Secretary of Wildlife Conservation Society noted that many intellectuals, as well as organizations, such as Viyath Maga and Eliya, were behind him.

“If he honestly wants to serve, the first and foremost duty is to conduct scientific research as to what sort of construction the country needs, we ask him, please think about it” he added.