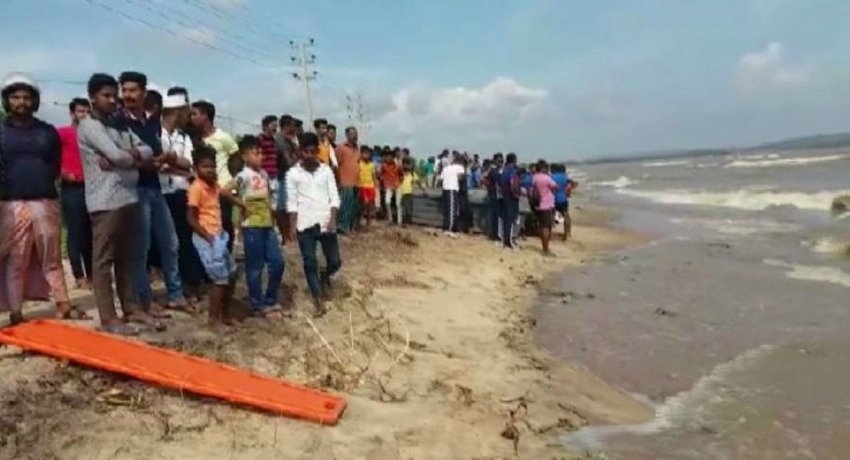 COLOMBO (News 1st)- One died and two people were reported missing as a boat capsized on a tributary of the Mahaweli River in Kinniya.

Five individuals aged 19,29,21 and 39, were sailing by boat on the Upparu river, this morning.

The group was travelling towards their homes, after visiting a nearby island, where according to the Police, they had cultivated crops.

The boat capsized about 300 meters away from the riverbed, while one person survived by swimming ashore. Another individual survived with the support of a group travelling on another boat. The two individuals who survived, are currently receiving treatment at the Kinniya Base Hospital.

One of the rescuers who were on the other boat stated that the capsized boat hit the corner of the bridge and they rushed to the scene, however they could only save two men.

During operations conducted by the Navy to locate the remaining three members of the group, the remains of one person aged 19 years, was discovered. He has been identified as Iqbal Mohamed Ilham, a resident of Pulmoddai.

Our correspondent said the victim was to sit for the GCE Ordinary Level examination this year. Search operations to locate the missing individuals were conducted until late this evening.