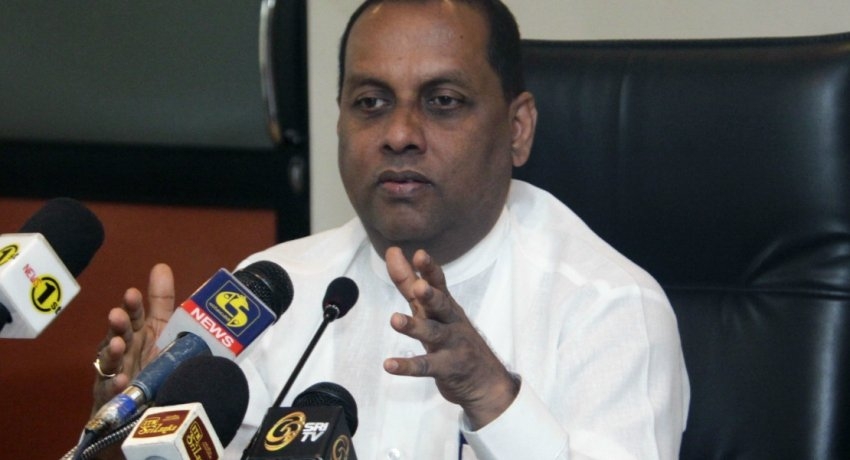 Some parties just tagged along, we could have won without their support : Mahinda Amaraweera

Some parties just tagged along, we could have won without their support : Mahinda Amaraweera

COLOMBO (News 1st) – Under which symbol will the SLPP and the SLFP contest the upcoming general election?

Leader of the Pivithuru Hela Urumaya, Udaya Gammanpila spoke on the matter during a media briefing today (December 07).

Journalist: Will you contest under the flower bud symbol, or some other symbol, at the upcoming parliamentary election?

Udaya Gammanpila, Leader of the Pivithuru Hela Urumaya stated that all the parties have taken a decision to contest the election as the Sri Lanka Podu Jana United Alliance with the symbol of the chair.

He added that no proposal to change the symbol has been presented.

Journalist: Former Prime Minister, D.M Jayaratne was the Secretary of the party.

Udaya Gammanpila stated that he was, and they have to appoint a new secretary.

“Together with all 16 parties, we have drafted a new party constitution. During the party leaders meeting of our alliance, that was convened last Tuesday, Minister Nimal Siripala de Silva took over the responsibility to appoint a new secretary. We will then approve the new constitution. After completing all of this, we will appoint a new board of officers” he added.

“We can now see that some people, are demeaning our support, they are not the leaders. The President and the Prime Minister appreciate our support very much.

Then there are others who say, that they are small parties, they just tagged along on our victory, we could have won with or without their support.

We would like to tell them to familiarize themselves with the numbers. President Gotabaya Rajapaksa won with an overhead of 1.3 million votes. The SLFP entered the election with 1.48 million and as an alliance, we had 1.7 million.

We know what kind of a situation the President would have come across if he decided to come forward as an independent candidate. If he had obtained 300,000 less than what he got we would have had to go for a second preference vote.