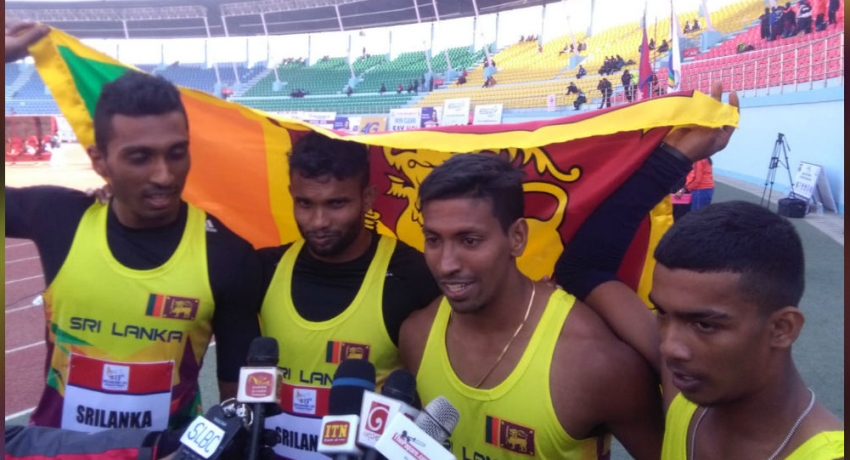 Colombo (News 1st) – It was a Golden Day for Sri Lanka at the 13th Edition of the South Asian Games as both the men’s and women’s 4 X 100 Metres relay team won gold.

In addition, Nilani Rathnayake won her 2nd Gold of the Championship when she won the 5000M this morning.