“If possible make me an independent MP” : Ranjan Ramanayake requests the public

“If possible make me an independent MP” : Ranjan Ramanayake requests the public

Ranjan Ramanayake sat for the exam at the examination center which was situated at the Sri Jayawardenapura Balika Vidyalaya in Kotte.

UNP MP Ranjan Ramanayake noted that he had an S pass for English and he wanted to get a C pass to be eligible for the law examination.

Ranjan Ramanayake expressed views regarding the reports which claim that he will not be given nominations from the UNP to contest the upcoming General Election.

Journalist: Who are those MPs?

“Only a henchman of Wimal Weerawansa has said it so far. He wants to contest from Gampaha. The party has not made an official announcement. Sajith Premadasa contacted me a few days ago. He told me he has not reached any such a decision.

He said, had he been voted in as President, I would have been appointed to nab all the thieves as I am genuine and do not have any allegations against me.

We are not greedy to stay in power. I would like to request the people, if it is possible, make me an independent MP. I will do the rest. I won’t bid farewell, I will contest.

If I lose by any chance, I will know that I have been rejected. Then I will go back to acting” he responded. 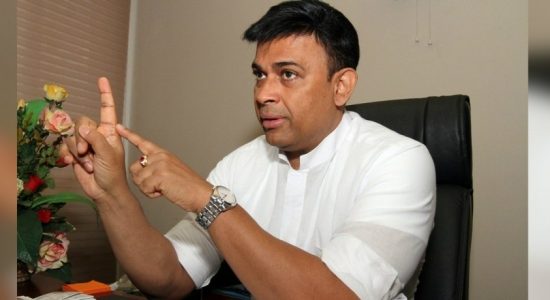