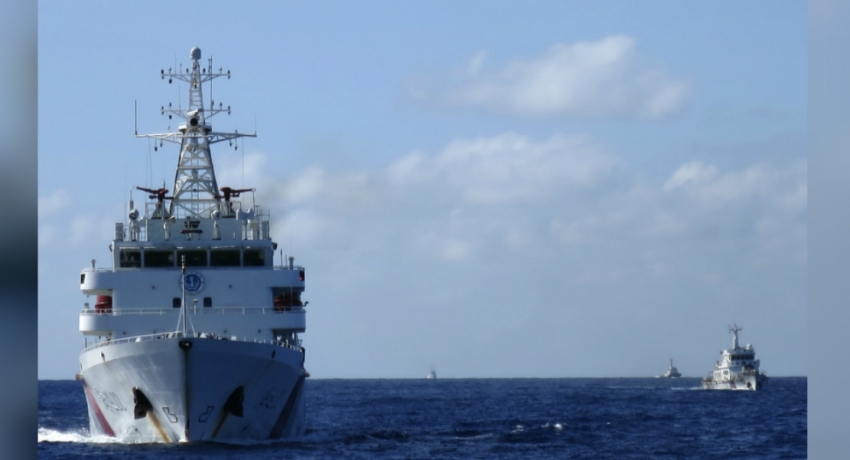 India claims Chinese survey catamaran strayed into its waters, was chased away by Indian Navy

India claims Chinese survey catamaran strayed into its waters, was chased away by Indian Navy

* The original article appeared on www.rt.com

A Chinese hydrographic research vessel was forced to leave Indian waters in September after entering India’s exclusive economic zone without permission, the commander of the Indian Navy has said.

The reported incident happened near the Andaman and Nicobar Islands, the Indian union territory located in the Bay of Bengal some 300km (186 miles) southwest of Myanmar. The Shiyan 1, a research and survey vessel operated by the South China Sea Institute of Oceanology, came too close to the territory’s main city, Port Blair. An Indian Navy warship was sent to monitor the Chinese vessel and escorted it out once it became clear it was trespassing.

Admiral Karambir Singh would not confirm details of the incident but said “our stand is that if you have to work in our Exclusive Economic Zone, then you have to take our permission.” He confirmed the Shiyan 1 was asked to leave. The Chinese side did not comment on the reports.

The Shiyan 1 was built in Guangzhou in 2009 and has an unusual catamaran-like hull. It measures 60 meters in length (197 feet), 26 meters in width, and has deadweight of almost 700 tons. It has reported endurance of 40 days and can travel up to 8,000 nautical miles per run.

Technically it is a civilian vessel, but its instruments can be used to gather data which is useful to the Chinese military, including seabed maps and acoustic signatures of submarines.

Sirasa-Shakthi-TV1 Suwa Yathra reaches out to the distres...

India among countries to reach out with aid as SL battles...

Measures underway to bring back SLs who have reached Djib...