COLOMBO (News 1st) – Former Minister of Civil Aviation Priyankara Jayaratne was released from the cases filed against him by the Commission to Investigate Allegations of Bribery or Corruption.

Legal Officers appearing for the Bribery Commission today told the court, they would be withdrawing the case on the premise of re-filing the case, as the initial case was filed without the approval of all three Commissioners of the Commission to Investigate Allegations of Bribery or Corruption.

Accordingly, Colombo High Court Judge Manjula Thilakaratne ordered Priyankara Jayaratne to be released from the two charges filed against him.

The case was filed under two charges including coercing the Chief Executive Officer of SriLankan Catering to make a payment of Rs 330,000 to Gambada Caterers of Marawila when he was serving at the Minister of Civil Aviation. 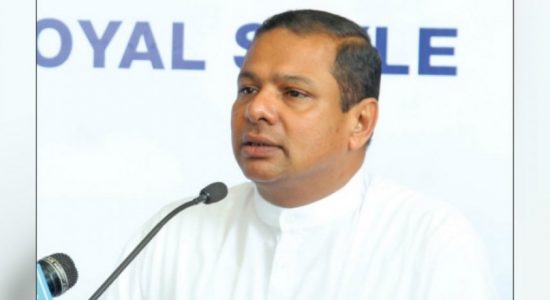