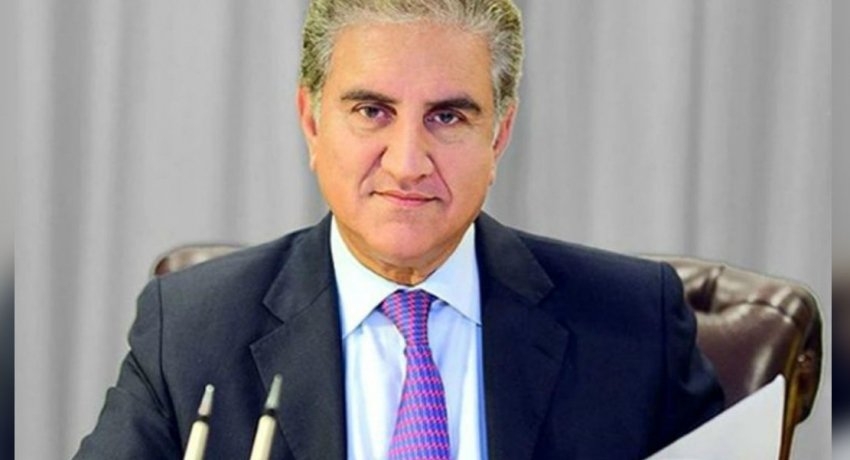 The Pakistani Foreign Minister is reported to have said, he had brought along a special message from the Pakistani Prime Minister, Imran Khan.

The Pakistani Foreign Minister then called on his Sri Lankan counterpart, Minister Dinesh Gunewardena at the Ministry of Foreign Affairs.

“I am fortunate to be the first Foreign Minister to have visited Colombo since the new government has been elected. We’ve discussed in our meeting the way forward. I’ve invited the foreign minister to visit Islamabad and extended him an invitation. I look forward to a very fruitful engagement with the new set-up in Sri Lanka.”

Subsequently, the Pakistani Foreign Minister called on President Gotabaya Rajapaksa at the Presidential Secretariat this afternoon.

During the meeting, Pakistan’s Foreign Minister extended warm greetings to President Rajapaksa on his and his government’s behalf and expressed Pakistan’s keen interest in further strengthening bilateral relations with Sri Lanka.

According to the President’s media division, during the meeting, Minister Qureshi said, “We are eagerly waiting for your visit to Pakistan at your earliest”.

President Rajapaksa in his remarks said rather than looking for financial assistance, efforts should be made to ensure continuous and enhanced growth in trade and investments on a mutually beneficial basis.

The President highlighted the case of betel exports to Pakistan as an example.

During the meeting, President Gotabaya Rajapaksa expressed his wish to seek Pakistan’s assistance to eradicate the drug menace.

The heroic act of the 16 crew members of SriLankan Airlines

The heroic act of the 16 crew members of SriLankan