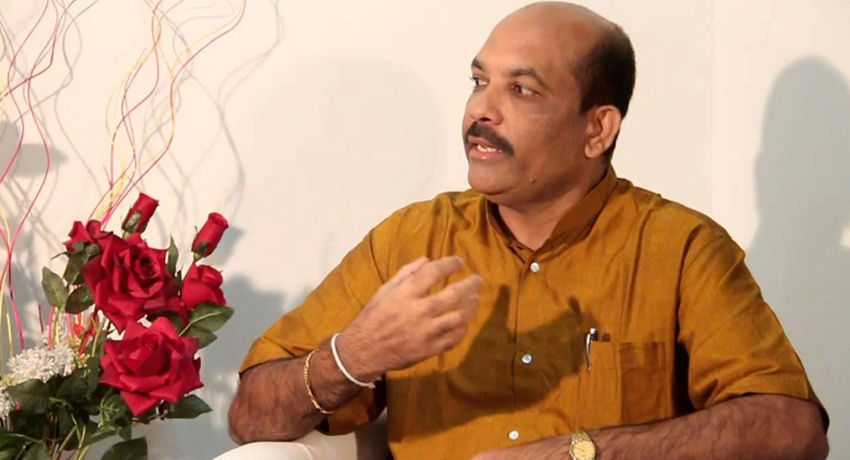 COLOMBO(News 1st) – Speaker Karu Jayasuriya says recognition of the Leader of the United National Front formed for good governance as the Leader of the Opposition, was done upholding established parliamentary traditions that should not be violated.

The Speaker, on twitter, said, “It is best that a party’s internal disputes are settled from within.”

Meanwhile, a group of UNP MPs met at the Sirikotha Party Headquarters today. The meeting was chaired by Leader of the party, Ranil Wickremesinghe.

After conducting the meeting for 3 hours, the MPs shared what they had discussed during their meeting.

Journalist: Did you discuss party leadership and the position of the Opposition Leader?

The MPs responded that they did not and UNP MP Harshana Rajakaruna stated that he believes the post of opposition leader should be given to Sajith Premadasa immediately.

UNP MP Ajith Mannapperuma stated that they were defeated because of a crisis created and the Theros and people were deceived.

Journalist: It was because of the campaign carried out by a group of MPs including Mangala Samaraweera, to criticize Buddhism, wasn’t it?

The MPs admitted that the crisis created by Gotabaya Rajapaksa was strengthened by the conduct of the few of their own party members.

Journalist: With the letter submitted by MP Akila Viraj, will the Opposition Leader position be given to the former Prime Minister?

MPs stated that it must have been a task he carried out in the capacity as the General Secretary and as members and MPs they are of the view that the position should be given to Sajith Premadasa.

Journalist: How are the discussions with regard to Sajith Premadasa’s positions going?

UNP MP Thushara Indunil responded “We have had discussions with Sajith Premadasa. I think in 2 to 3 weeks, that matter will be resolved.”

Journalists: Who will be the Opposition Leader?

UNP MP Palitha Range Bandara responded that Ranil Wickramasinghe will be the Opposition Leader as he is the leader of the party.

Journalists: Another group has given a letter with 45 signatories to the Speaker, asking that Sajith Premadasa be made the opposition leader.

MP added that the group could come forward for discussion as that is called democracy.

Journalists: Why is there a delay in making him the party leader and the opposition leader?

MP shared that there is no delay everything is in motion accordingly.

Journalists: Then why has Akila Viraj given one letter and Ajith P Perera given another?

MP noted that it is the law and Akila Viraj Kariyawasam carried out what he is entitled to do by the law as the Party’s General Secretary.

Journalists: Even though you speak of democracy there is no democracy left. Now the team has split hasn’t it?

MP responded that they have not split and they are together in this.