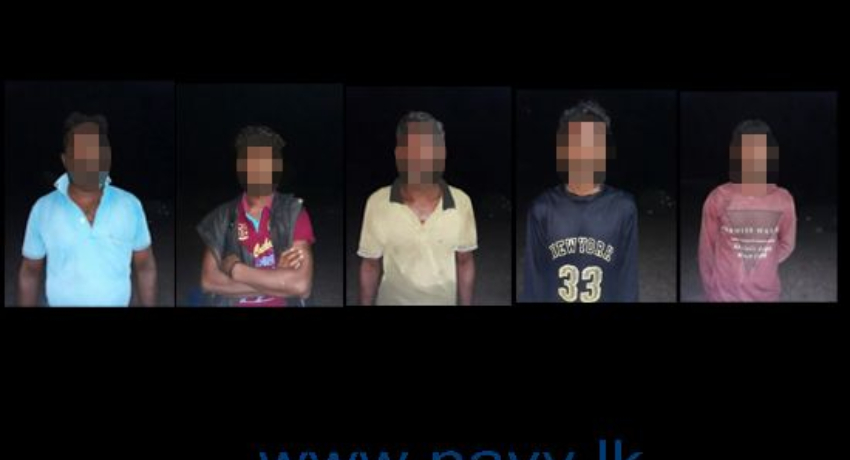 Colombo (News 1st): Five people with a haul of illegally caught sea cucumbers were arrested by the Sri Lanka Navy during a raid carried out in Vankalai beach. Accordingly, the suspects who engaged in illegal fishing without a valid fishing pass were arrested during a special raid conducted by North Central Naval Command.

The Navy also seized a dinghy, an OBM and 123 sea cucumbers. The suspects along with the sea cucumber, dinghy, OBM, and other fishing gear were handed over to Assistant Director of Fisheries-Mannar for legal action.