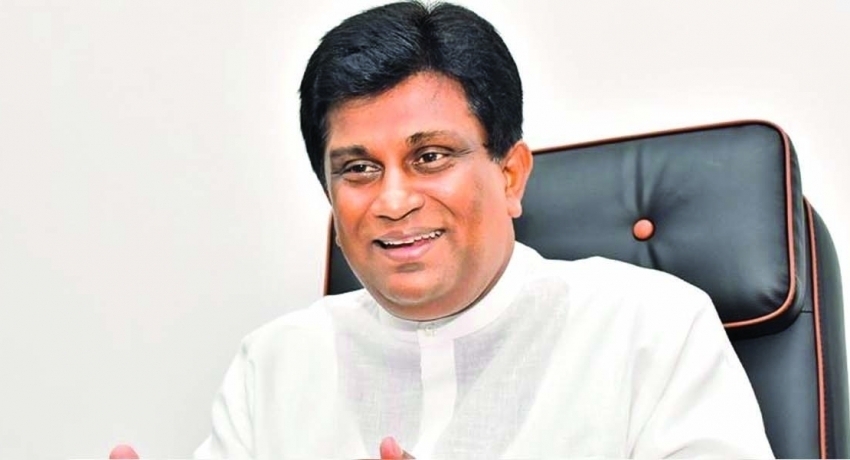 COLOMBO (News 1st) – A majority of UNP MPs have signed a letter requesting the Speaker to appoint Sajith Premadasa as the Leader of the Opposition.

The letter indicates, Sajith Premadasa has the majority consent of the opposition.

Meanwhile, General Secretary of the UNP Akila Viraj Kariyawasam had requested the speaker to appoint Ranil Wickremesinghe to the post of Opposition Leader.

The Office of the Speaker confirmed this evening that both letters were received.

MP Ajith P. Perera expressed his thoughts regarding this matter, after the letter with signatures from a majority of MPs, requesting Sajith Premadasa be made the opposition leader was handed over to the speaker.

“We handed over the document with a majority of signatures. Suggesting that Sajith Premadasa be made the opposition leader in parliament. That’s the stance that even Rauf Hakeem holds, Mano Ganeshan holds, and that’s the same stance that Rishad Bathiudeen holds.

That’s the same stance of Digambaram. When we handed over this letter with signatures from a majority to the honourable speaker, the Speaker said he received a letter through Akila Viraj Kariyawasam this morning, suggesting Ranil Wickremesinghe as the opposition leader.

The letter even states that such a decision was taken by the UNP, I can responsibly state there’s a procedure when the UNP takes decisions. Decisions of the UNP are taken by the working committee.

The working committee was not convened to discuss this matter. So this is not a decision taken by the party and the parliamentary group of the party did not meet to discuss the opposition leader.

So this is not a decision taken by the parties parliamentary group. So basically this is a decision taken based on Minister Akila Viraj’s personal opinion, to appoint Ranil Wickremesinghe as the leader of the opposition.

Minister Akila Viraj states that this decision is taken based on the party’s preference. That is wrong. We informed Hon. Speaker regarding this. If this appointment is made, solely based on Akila Viraj’s single signature we have to think about a number of alternatives.”

Ajith P. Perera responded that the situation is clear and questioned whether the leadership of the opposition could be granted to someone who does not have the majority support of the opposition.

Journalist: It has been proven that Ranil Wickremesinghe and few others are responsible for Sajith Premadasa’s defeat.

Ajith P. Perera questioned who represented Ranil Wickremesinghe to appoint him as the opposition leader and answered back that it was Wimal Weerawansa, Dallas Alahapperuma, Nimal Siripala de Silva, Mahinda Samarasinghe. He noted that it was clear what their intention is.

Journalist: What will be the Speaker’s decision?

Ajith P. Perera noted that the speaker has claimed that he would listen to Minister Akila Viraj Kariyawasam.

“There’s no point in asking me this question. If I was in his position, I would’ve left a long time ago.” MP responded.