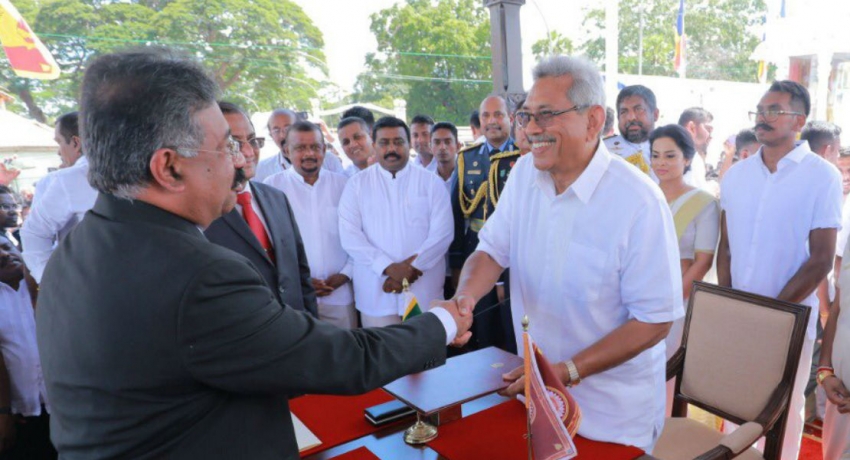 A large crowd including Prime Minister Ranil Wickremesinghe and a number of senior political figures were present at the swearing-in ceremony of the new President. New President Gotabaya Rajapaksa was sworn in before Chief Justice Jayantha Jayasuriya

“Though I was aware that I could win the presidential election with only the support of the Sinhalese community, I requested the Tamil and Muslim communities to be a part of my victory. However, their response did not meet my expectations. As the new president of this country, I request everyone to unite as Sri Lankans. Now, we all have the responsibility of taking our country forward as one nation. Your mandate has elected me as the president of this country, to implement the proposals we presented through the people-centered policy manifesto. We will follow a neutral foreign policy with every country. We have no reason to get involved in the battles between other countries. We request all nations to respect our nation’s sovereignty. the government should always set an example for society. Professionalism and efficiency should be the cornerstone of government administration. Meritocracy and technocracy should be promoted at all times. Corruption will never be tolerated under my administration. I am the executive president of this country. I am not going to hesitate to exercise my executive powers to ensure prosperity in Sri Lanka. I love my country, and I am proud of my country. I have a vision for my country. I request all patriots to join hands to make this country a prosperous nation for our future generations.”