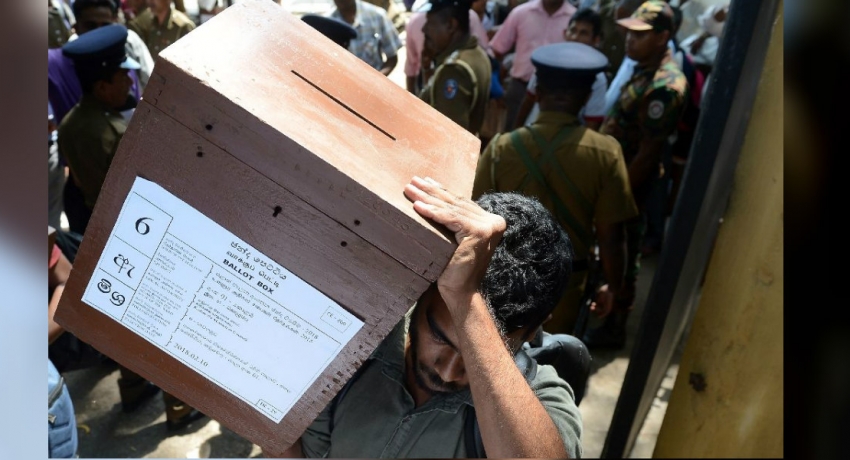 COLOMBO (News 1st):- The Presidential elections to appoint the 7th Executive President of the country will take place tomorrow (November 16). The process of transporting the ballot boxes and officials commenced this morning (November 15) under special security provided by the police force.

The Commissioner-General of the National Elections Commission states that nearly 300,000 state employees have been deployed for election duties this year. This years elections that have 35 candidates contesting will begin its voting process from 7.00 am tomorrow (November 16). He further said that 12,845 polling centers have been established islandwide.

The commission general also stated that a pre-run of the Presidential election due to take place tomorrow (November 16) will occur today. Further, the assistance of the Navy has also been sought to transport ballot boxes. Over 1,599,296 individuals have been deemed eligible to cast their votes at the election this year.