Colombo (News 1st):  Presidential Candidate of the Sri Lanka Podujana Peramuna Gotabaya Rajapaksa attended a rally in Matara today (November 13).  He received a warm reception at the rally which was held at the Sanath Jayasuriya grounds in Matara.

“My opponents once again question if I’m a Sri Lankan citizen. I was born in Palatuwa, Matara. Palatuwa is not located in America. We tried to change the political culture. We didn’t speak about the opponents. We spoke about how to develop the country. But unfortunately, the opposing faction is carrying out an indecent mud-slinging election campaign. We know that our state government has collapsed. Not a single minister knows what needs to be done. Governance is inefficient today.”

The first public rally for today (November 13) of the Sri Lanka Podujana Peramuna was held in Weerawila, Tissamaharama. Gotabaya Rajapaksa attended the public rally alongside Mahinda Rajapaksa. Many politicians and party supporters also attended the rally.

Speaking at the rally Leader of the SLPP Mahinda Rajapaksa noted that it was during the time of Colonial Governor Torrington, where even dogs were taxed. He added that this Government imposed taxes even more than that of Governor Torrington.

He noted that it is his duty is to grant the public a secure, prosperous nation, and a proud nation and he promised to do so.

“We have always given priority to the Agricultural Sector. We will introduce technology to the agricultural sector and manage water and fertilizer while introducing carbonic fertilizer. We will introduce methods to help the farmer to reap a good harvest with less cost. We have made plans to uplift the lives of farmers. There’s a huge demand for the coconut industry. There’s also a massive demand for the coir industry. We have also drafted a plan for the plantation industry.” 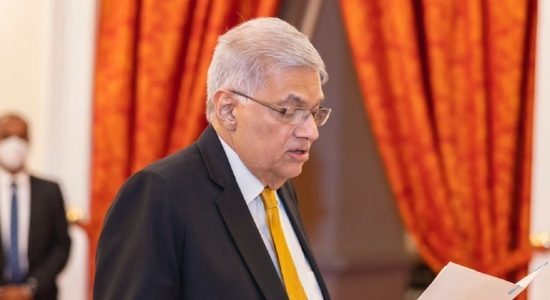