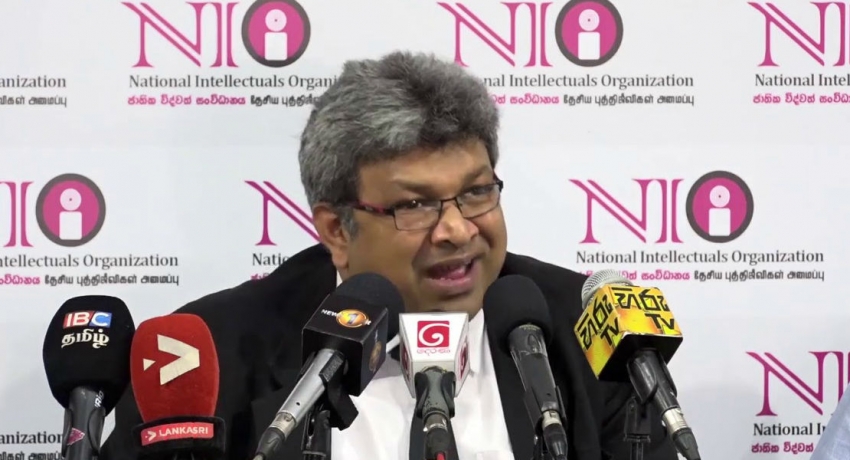 Religious disharmony is the final resort of thugs: Harshana Nanayakkara

Religious disharmony is the final resort of thugs: Harshana Nanayakkara

“Recently MP Wijeyadasa Rajapakshe stated that he prevented Gotabaya Rajapaksa being implicated in the Avante Garde case. If this happened in a different country he would have been thrown into jail immediately right after this statement was made.

But that didn’t happen in this country. The former Chief Justice said that forgive me forgive me I protected a lot of thieves during Mahinda Rajapaksa’s Tsunami fiasco.

Recently Ravi Waidyalankara was appointed to head the FCID that was established to bring these thieves before the law.

He earns his salary while spending his time campaigning for the Rajapaksa’s. Nowhere in the world would a person who has 7 allegations against him even contest for a cooperatives election.

They were appointed to these positions most definitely by Ranil Wickremesinghe’s government. They are now talking of national unity. Three months after the April 21st attacks Gotabaya Rajapaksa is saying that when he becomes president he will ensure national security.

Now Sajith Premadasa is saying that he will appoint Field Marshal Sarath Fonseka to head the security of this nation. Keep in mind that there are certain extremist politicians who fuel discord in order to protect their votes.

In the east we have extremist Muslim politicians, in the North there is the extremist Tamil and Muslim politicians and in the South, there is Gnanasara and group. There prompt discord among communities to protect their voter base. They display this and obtain ministerial portfolios. Just keep in mind that Religious disharmony is the final resort of thugs.”