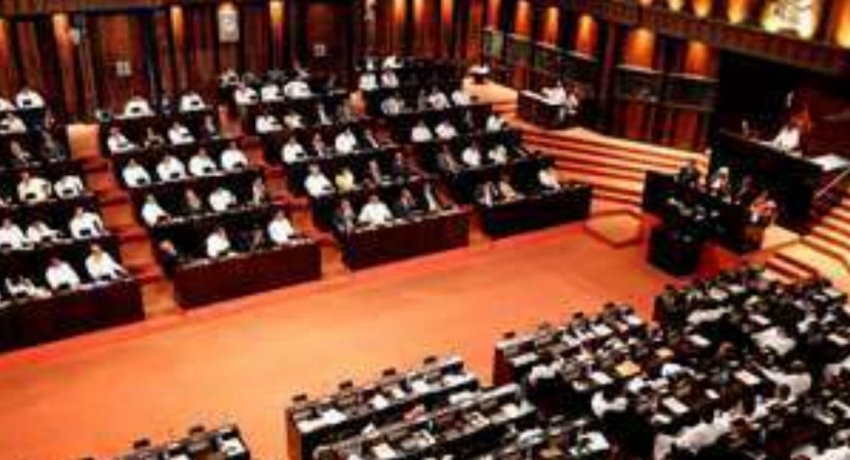 MCC aggrement to be presented in parliament : Bar Association advises a democratic debate before approval

MCC aggrement to be presented in parliament : Bar Association advises a democratic debate before approval

COLOMBO (News 1st) – The Finance Ministry issuing a media release says the MCC agreement drafted with the consent of the Attorney General will be presented in Parliament.

The media release further states, the whole process and the final agreements, with regard to the MCC Compact, were carried out under the guidance of the Attorney General and well within the legal framework.

It adds that the Attorney General is of the opinion that the agreements are in order and there exists no legal impediment to executing the same.

The release says, the Compact Agreement and the Program Implementation Agreement will be submitted to and enacted by Parliament of Sri Lanka once it is signed and before its entry into force and will be published in the Government Gazette before being submitted to Parliament.

The Cabinet of Ministers should be ashamed that they passed such an agreement.

The Parliament should know the true contents of the agreement and not look out for the interests of other countries but look out for our own interests.

Meanwhile, The Bar Association of Sri Lanka urges the government not to proceed with the proposed MCC agreement whatever compelling short-term economic reasons there may be.

The BASL further states that as a responsible organization they took a lot of time to study the proposed MCC and submitted a detailed report outlining the grave consequences that Sri Lanka would face as an independent and sovereign state in the event the GOSL proceeded to sign the MCC in that form.