Following his visit, he made these comments to the media gathered outside the prison:

He began by wishing everyone a Happy Diwali. He said that there is sad news about the plantation sector since the usual festival advance given to the estate sector employees has not been given this year. He explains that this is the main reason they came to see Pillayan in protest. He further says that he also met his parents at a meeting yesterday while also urging the people of Batticaloa to take the right decision.

Meanwhile, the Leader of the SLPP Mahinda Rajapaksa held a meeting with the entrepreneurs in Pasikudah.

At the meeting S. Nyanaranjan said:

During the last 5 years, there has not been a development in Batticaloa. Other institutes developed except ours. Even our parliamentary officers did not do anything. The education, economy, and development of our society also depend on your decision.

To which Mamangarasa responded that just like Mahinda Rajapksa said that he would fulfil the promises of the Eastern province. 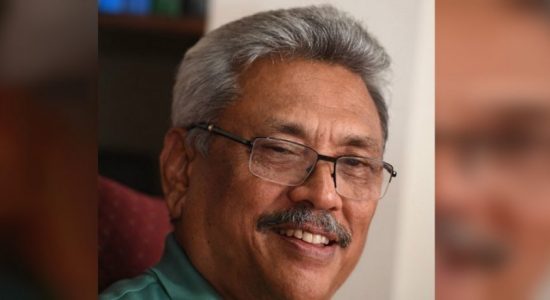 We will resurrect the fishing industry : Gotabaya Rajapaksa

We will resurrect the fishing industry : Gotabaya