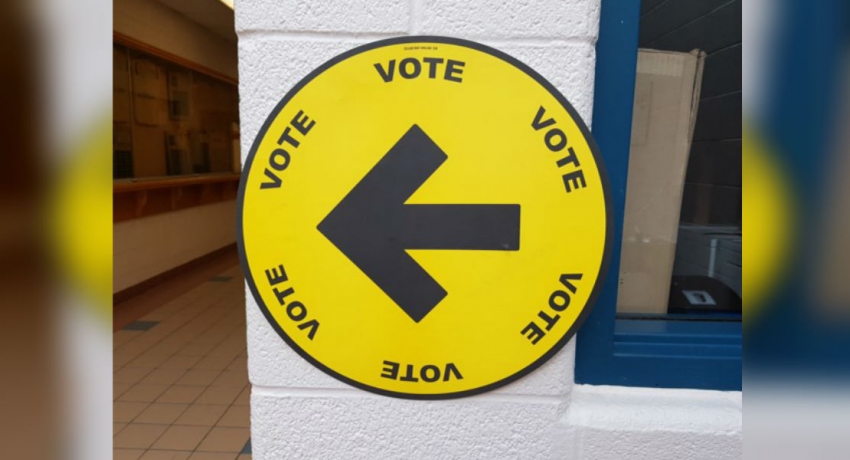 Why do we vote?

Why do we vote?

The 16th of November 2019 draws closer with each passing day. Social media posts and conversations surrounding elections are filled with rumors, predictions, ‘expert’ opinions, accusations and mud-slinging. There are those who care deeply, those who are indifferent and those who do not care at all. Through this haze that surrounds the Presidential elections we may question whether to vote at all, the reasons to vote and how to determine who we vote for.

We are well aware that as individuals we are self-interested and rational. Therefore, we pursue what we consider to be in our best interests and that which places us in the best possible situation. Hobbes, who is considered to be one of the founders of modern political philosophy, believed that it is this type of hypothetical human nature that existed before the establishment of the arrangement we refer to now as a society. In this State of Nature, prior to the formation of a society, there were limited resources and all men were more or less equal to each other and also pursued their individual best interests which led to nasty, brutish behavior rooted in distrust of each other and therefore the inability for people to organize themselves efficiently. This ultimately led to the inability of persons to obtain what was considered to be in their best interests in the first place.

However, Hobbes believed that where persons are rational but self-interested, they realize that if they submit to a Sovereign ruler and forfeit their rights to individually pursue what they presume to be in their best interest, then the organization of society by such ruler, leads to the creation of a society which is inevitably conducive to their own interests. Engaging in such a social contract means that each person renounces the rights they had against another person in the State of Nature and endows a person with the authority to enforce the original contract. Here the sovereign is entrusted to act in the best interests of the persons who have submitted themselves under the authority of such sovereign. Furthermore, such persons have committed to cooperate with each other and the sovereign in the best interests of the whole community.

The illustration of the Prisoner’s Dilemma serves to explain the importance of cooperation, and that, paradoxically and counter-intuitively, when one person acts to further the interests of the other, one serves one’s own interests as well.

In the story of the Prisoner’s Dilemma, two people have been brought in by the police for a crime they are suspected to have committed and are questioned separately. The police have evidence of a lesser crime that they committed but need confessions in order to convict them on more serious charges. Each prisoner is told that if he or she cooperates with the police by informing on the other prisoner, then he or she will be rewarded by receiving a lesser sentence of one year in prison, whereas the other person will go to prison for ten years. If they both remain silent, then there will be no such rewards, and they can each expect to receive moderate sentences of two years. If they both cooperate with police by informing on each other, then the police will have enough to send each person to prison for five years.

The dilemma is that in order to serve his or her own interests as well as possible, each prisoner reasons that no matter what the other does he or she is better off cooperating with the police by confessing. The problem is that when they each confess each one goes to prison for five years. However, had they each remained silent, thereby cooperating with each other rather than with the police, they would have spent only two years in prison.

Collective action problem: To vote or not to vote?

The idea of this hypothetical social contract between a ruler and the ruled is one way in which the formation of modern societies is explained. The illustration of the Prisoner’s Dilemma in connection with ideas of the social contract explain cooperation between persons and that acting in the interests of someone else can actually improve the interests of one’s self. The mutual cooperation amongst individuals results in the formation of a society in which there is a consensus on the way in which that society must be governed.

The election of a new President with new policies and a new vision for the country is a decision that has to be taken collectively by the citizens of Sri Lanka as a whole. Be that as it may it is exactly at this time that there is conflict between citizens in deciding on the type of ruler and type of society that they want. It is in this situation that a collective action problem arises in which all citizens would be better off in cooperating and voting in the Presidential elections but fail to do so because of conflicting interests between each other and thus a lack of joint action.

What type of society do we want?

It is the prerogative of each citizen of Sri Lanka to determine for themselves the Sri Lanka they want to live in. We want to live in a place where national security is a priority but not at the cost of racial and religious harmony. We want to live in a democracy in which the legislature, executive and judiciary exercise their constitutional powers and act as checks and balances on each other. A nation in which law and order and human rights are upheld and there is a free and critical media. A country in which citizens have houses for their families and three meals a day on the table. A land in which there is sustainable economic development. A society in which the environment is protected and preserved for the future. Cities and villages that are of free of drugs and violence and where children and youth have a prosperous future.

The question of national security

Every Presidential election revolves around one significant question and in this election, it is without a doubt, the question of national security. The failure of the present government in being unable to prevent the horrific Easter Sunday attacks of 2019 and the response to these attacks raises the issue of what the national policy approach to counter terrorism should be in the future. However, most significantly, such an approach has to take into account the alleged breeding of terror groups and the support provided to extremists, by former regimes, particularly during 2010 to 2015, and the consequences for the nation as a result.

An approach to combat terrorism in which ethnic and religious identity is highlighted may appear in the short term to be the answer on how to keep Sri Lanka safe. However, this is rather a wolf in sheep’s clothing. This ‘hard approach’ or ‘kinetic approach’ to counter terror will lead to further ethno-religious violence and tension and create a situation which is conducive to the emergence of terror groups.

On the other hand, an approach to enhance social cohesion, that is, to de-securitise ethnic and religious identities and promote inter-religious unity and harmony, may seem like a ‘soft approach’ in the short term but in the long term is one that will maintain and even intensify inter-religious and inter-ethnic cooperation.

It is our democratic responsibility to vote for the vision we see for our nation. When we do not vote we are robbing ourselves and our country of the cooperation and sacrifice that is involved in acting in the best interests of the community as a whole.