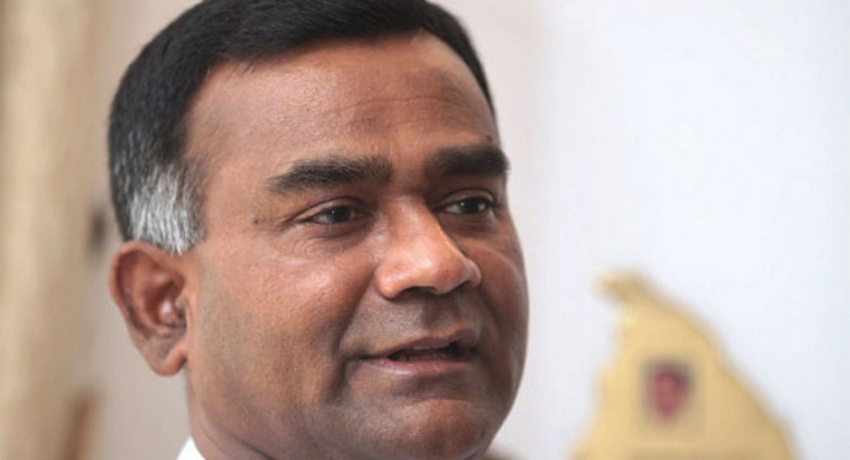 “We can see that a certain group is slinging mud at Sajith Premadasa. In recent time we see various posts insulting Sajith Premadasa being published on social media. We are extremely saddened by this because Sajith Premadasa is one of the most successful Ministers in the recent past.

We can proudly say that he is a minister who fulfilled his duties to the fullest at the Ministry of Housing and Construction. Some say that Sajith Premadasa only knows how to construct houses.

But they have forgotten that he was only handed over the responsibility to do that. He made the portfolio that required him to construct houses in the country a topic of discussion in the country.

We are ready to debate with Gotabaya Rajapaksa on policy issues at any time. We will conduct this debate for only one reason which is to discuss how we can develop this country.

How can we protect the rule of law in the country? How do we look into the future? These are policy issues, we are not going to sling mud at each other at the debate. So Sajith Premadasa is ready to face Gotabaya Rajapaksa at a debate at any time. A public debate.”

Ajith P. Perera, Non-Cabinet Minister of Digital Infrastructure and Information Technology said that the country does not need politics based on slinging mud.

“This country needs policy-based politics. Debate on the policy. On the 25th of this month, the manifesto of Gotabaya Rajapaksa will be presented and the manifesto of Sajith Premadasa will also be presented. As a campaign representative of Sajith Premadasa, we invite Gotabaya Rajapaksa to attend an independent and open debate conducted as per the American model.

Not only one debate, but we can also conduct 3 debates in the 3 weeks ahead. That is the American model the host is an independent host, the environment is a neutral environment, and all of the leading media institutions in the country broadcast this debate.

Both candidates will get a fair opportunity. A neutral committee collectively agreed by both parties will moderate the debate. I think that this is the best time to host a debate on policy” he added.

Banking sector requested to think out of the box

Banking sector requested to think out of the box