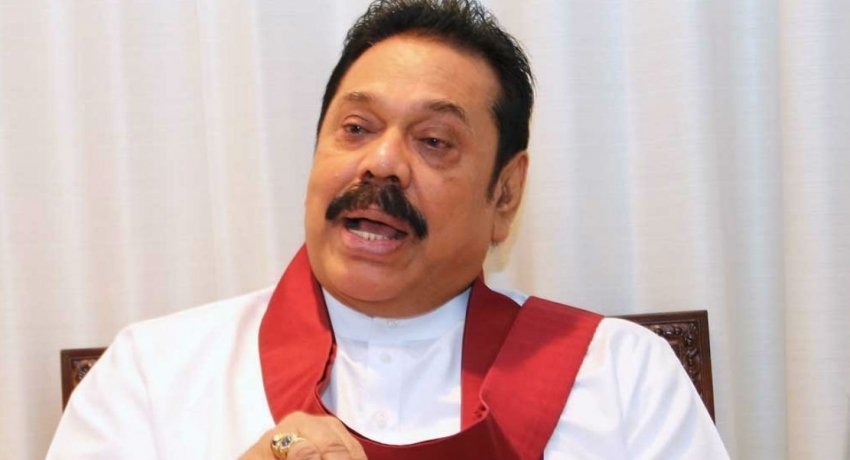 COLOMBO(News 1st) – A public rally under the auspices of the leader of Sri Lanka Podu Jana Peramuna, Mahinda Rajapaksa was held in Ridiyagama, Ambalantota yesterday (October 20).

Mahinda Rajapaksa noted that since everything was set the government only had to complete what he had started, however they have not been able to complete it until today.

He added that the railway track was supposed to extend to Kataragama, but it ended at Beliatta. In addition, the government sold the port along with the 200 staff members.

Mahinda Rajapaksa went on to note that the current government is attempting to sell off the entire country.

He added that he sent Namal Rajapaksa to North and according to his reports, SLPP would have a better vote base compared to the past. However, Mahinda Rajapaksa noted that there seems to be a plan of some locals to refrain from voting for anyone.

He stated that they do not have any demands either and the UNP claims that they would support their party at the election.

Mahinda Rajapaksa went on to note that if the UNP is to get them on board they would have to surrender to their conditions as well.

He stated that he would never divide the country and would never accept their demands. Finally, he added that the rumours regarding that he was presented with Sampanthan’s conditions was a lie.

“I suspect that Namal Rajapaksa refrains from engaging in politics in the South, due to several issues that arose in that province. Therefore, Namal Rajapaksa was sent to the North. The general public must be informed of this puzzle” Thero added.