“We have doubts whether the Jaffna airport is to create divisions in the country” : Seelarathana Thero

“We have doubts whether the Jaffna airport is to create divisions in the country” : Seelarathana Thero

COLOMBO (News 1st):- A public meeting of the Jana Setha Peramuna was held in Katunayake under the auspices of the Presidential Candidate of the party Ven. Battaramulle Seelarathana Thero. Speaking at the event, Seelarathane Thero said that the Prime Minister has already started to build an airport in the North that could connect Sri Lanka and India which gives rise to serious doubts as to whether they have already divided the country.

He further said that for many years people arrived in the country through the Bandaranaike International airport and then go to the Palali airport whenever they want. However, he also said that they appreciate that the ground services is through a reputed airline service in the country.

The Thero also said that the inaugural flight should have been from the Bandaranaike International airport and then landed at Palali. He called out on the people saying that they will not let anyone loot the country.  They have an employment policy stating how employment opportunities will be provided for the youth of this country. He added that they will take measures to give jobs to the youth of the country. 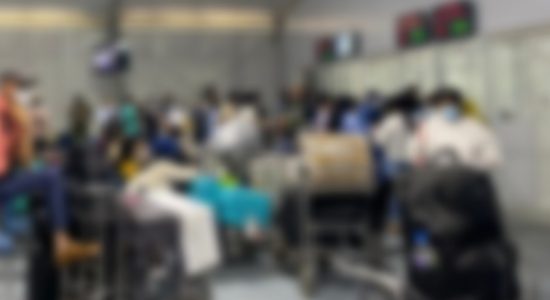