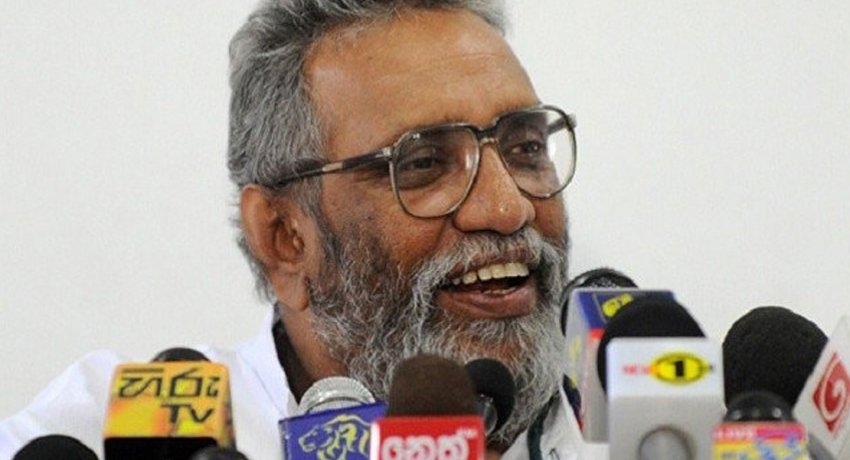 COLOMBO (News 1st) – Chairman of the National Elections Commission, Mahinda Deshapriya stressed on the role of the media at the Presidential Campaign.

Mahinda Deshapriya, Chairman of the National Elections Commission noted that this was the final notification he made to the state media networks and following this notification they would resort to action against them.

Chairman requested the private media networks not to provide what the people demand if they are truly the media of people. He added that what he said was not practically 100% applicable but requested them to carry them out best to their ability.

He further added that citizens attached to Civil Society Organizations have claimed that they would sue the National Elections Commission and the media institutes if the NEC does not contain the situation.

He added that if they ever were to be sued they will be forced to confine news broadcasting to a limited number of media networks.

He further requested the State Officials and the Police Officers not to do engage in political propaganda during their work hours.  He further requested state officials not to misuse state property and those who violate these would be punished harshly sooner or later.

Journalist: President has said that security will be provided to all the candidates this time.

Mahinda Deshapriya responded that only the Intelligence Service are able to decide whether to provide security or not following the requests from the candidates. However, if they were to receive intel on a serious threat they would impose special security and so far the IGP has requested security for only four candidates so far.

Journalist: You mentioned that the final warning has been issued to electronic media.

Mahinda Deshapriya noted that it was and those who still violate those instructions would be arrested for 3 years with a fine of Rs 100,000 under the first command of the constitution.

Journalist: Is that only applicable to State Media?

Mahinda Deshapriya responded that cases cannot be directly filed against other institutions and they have drawn their attention to whether they could do something through the licensing authority.

He added that he personally does not believe that it has to be a punishment. He and the commission altogether believe that they should deal with it through discussion, convention and agreement. “Democracy is not something you could accomplish by drawing your sword. The right to vote is at your discretion. That cannot be forced by threatening to draw swords, to stab or threatening to put in jail.” He added.

Questions were posed about a campaign of a Presidential Candidate by quoting a statement of the Army Commander.

Mahinda Deshapriya stated that they received complaints on Sunday expressed their sadness towards the advertisement. He went on to note that they have informed the election agent, the secretary of the party and the politician who is in charge of the operational affairs of the election of the relevant candidate that it was wrong.

Chairman stated that it might have been an old statement but it was sad to see the formal name and the designation of the current Commander of the Sri Lanka Army in this case.

He further added that the Commander will issue a statement regarding this and if he does not, it would lead to believe that it was carried out with his consent.

He added that they have discussed with the political parties that winning the war and acts of heroism cannot be owned by one party.

The Chairman of the National Elections Commission also issued a warning to the Presidential Candidates.

Mahinda Deshapriya said that an Assistant Commissioner of the Uva Province had received a letter of complaint citing the appointment of a particular election agent by a particular candidate.

He went on to note that the letter requesting the appointment of the election agents of four candidates comes in one envelope implying that those 4 candidates are operating from one place.

The chairman added that they are aware that one particular candidate has 5 people to support him and several other candidates have supporting candidates of their own both directly and indirectly. Chairman went on to note that if they were to omit one by one, they could narrow down the candidates to 25.

Chairman warned that if they continue to do this in the future, the NEC would reveal their names.

“Some people fight saying that they are not given their rights but they present themselves as witnesses when other parties are signing agreements,” he concluded.

Quarantined individuals right to vote will be protected; NEC Chairman