COLOMBO (News 1st):- Presidential Candidate of the New Democratic Front Sajith Premadasa attended a meeting in the Wellawaya town today (October 13). The public meeting was organized by Minister Ranjith Maddumabandara. Politicians of the UNP, public representatives and supporters took part in the rally.

“Some may be of the opinion that after the 19th amendment to the constitution, the President looks like a puppet. I would like to say that Sajith Premadasa is not going to be a puppet. I will work with a steady backbone. I will commit my life to provide a high-quality service to the general public. Everyone must get ready to work at my pace. Everyone must prepare to make sacrifices.”

He further continued to say that the talented people will be given the positions that they deserve and that the corrupt will not have a place. Addressing those battered by poverty, he said that the Samurdhi program, that prevails today, will continue and will be strengthened along with the provisions for the Samurdhi program being increased and new programs being added.

“While the Samurdhi will be provided to all the low income earning families I would also like to state that my father’s Jana Savi program will be carried out islandwide. There will nothing to worry in terms of national security. I have already named the real hero of the war as the person in chair of the law and order and defence minister. I will monitor it every day. As the head of the state, I am responsible for the national security. I am accountable. I will do all that.” – he assured the people.

He added,”When I become the President through your blessings, during the first 48 months, I will renovate the small, medium and large scale irrigations projects, not only in Wellassa but in the entire country and create a prosperous era when it comes to agriculture. This country will be made a self sufficient country. I will create a country where there is food security. As your President I will uplift the economy of all the families. Through the Presidential secretariat all this will be subjected to the personal monitoring by the President. I would like to state at this time that Sajith Premadasa will uplift all the families in this country. I have committed my life for public service.” 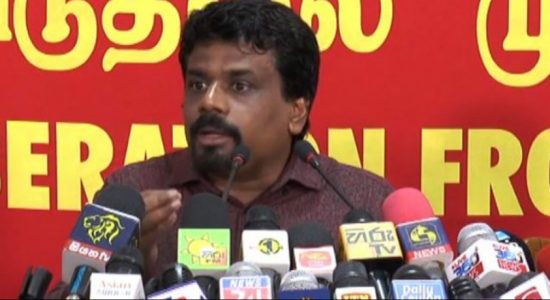