The writ petition filed by the duo challenging the dual citizenship of Presidential Candidate Gotabaya Rajapaksa was dismissed by the Court of Appeal recently.

Prof. Chandraguptha Thenuwara noted that they were reminded about the assaults and the white van culture through these death threats. In addition to that, Wiyangoda surname was replaced with Ekneligoda and condolences were expressed for losing a natural death.

He noted that they merely carried out something to safeguard the rights of the citizens of this country and if a citizen has an issue about anything, they have the right to seek advise from the court or anywhere else, likewise they asked a question from the courts and the court had responded to them.

Professor further added that some are adamant to understand this.

Journalist: Are you getting these death threats because of the case you filed?

Professor responded that it was triggered by the court case and those who threaten them do not know that they had already lodged a complaint with the IGP on the 6th of August.

“Didn’t they know about this complaint? Weren’t they affected by it? They have only heard about this because our case was taken up in courts.” He added,

Journalist: Who is threatening you?

“We receive threats very similar to death threats. It was also said that we will be completely destroyed when they come into power. We are going to hand over all these”-Professor concluded. 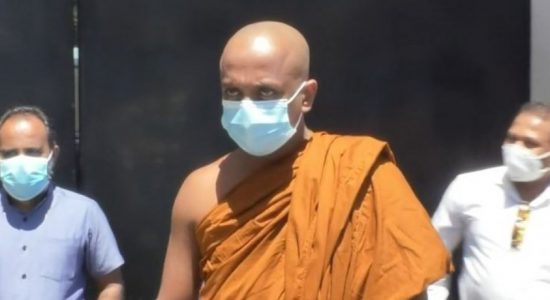