COLOMBO (News 1st):- The Ministry of Transport says that legal action will be initiated under the provisions of the Essential Public Services Act in relation to the railway employees engaging in the strike action. Secretary to the Ministry L.P. Jayampathi said, all employees who have decided to work, will be provided with the necessary security. The strike action has been going on for 10 consecutive days.

What about the loss incurred by the Railways department due to the strike action? According to the Auditor General’s department, as at the end of December 2017, the Department of Railways incurred a loss of Rs. 7.59 billion

In addition, the Auditor General’s department said, due to the railway strike action in 2017, the department suffered losses due to a decline in passenger income.

Due to the ongoing railway strike action, the department of railways loses its daily income of approximately Rs. 15 million. In addition, the treasury allocates approximately Rs. 600 million to the department on a monthly basis. So on the other hand, this amount will be saved due to lower fuel and operating costs. However, 75 percent of this Rs. 600 million will still comprise of expenses. The loss incurred due to the strike action will no doubt add to the burden of this country. Day by day, the efficiency of the Department of Railways is declining.

The loss is more than Rs. 15 million and around Rs. 600 million is pumped by the treasury to the department. This ongoing strike action was launched citing salary anomalies.

On the other hand, Sri Lanka is a country where graduates work in the state sector for a lesser salary where some even earn around Rs. 30 – 40,000 But the salaries earned by the lower to the topmost levels of the Railway Department employees are comparatively high, however, the strike action is yet ongoing.

All leave has presently been cancelled and they were informed to report to work. But defying all these orders, the trade unions continue to carry out the strike action. However, the Ministry of Transport said that 12 train journeys took place today (October 5). Approximately 225 train operations take place on a daily basis. The Department of Railways said, that generally, 40 office train journeys take place during the weekdays, while 20 office train journeys take place during the weekend. The Department of Railways said it earns a daily income of approximately Rs. 16 million.

Meanwhile, trade unions engaged in the strike action had this to say:

President of the Railway Drivers Union, Indika Dodangoda says that although the government is taking alternative measures to curb their trade unions that they will not be afraid of such intimidating threats. However, the Railway Technological Services Trade Union claims that there is no such salary anomaly.

Meanwhile, the Secretary of the Railway Technical Services Trade Union, Kamal Pieris, in contrast, had this to say:

The trade unions engaged in the strike action are trying to pressurize the government to increase their salaries. There is no such salary anomaly. Its nothing but a lie. We are are the ones who are facing an unfair situation. You cannot increase salaries by inconveniencing the general public like this. Against a backdrop where a national salary commission was appointed , it is not fair when they launch strike actions in such a manner.When the report from Ranuk’s committee was to be made public, they launched a strike action opposing it. They are not suitable for such a salary raise.

An engine driver earns more than Rs. 300,000, a regulator is paid more than Rs. 250,000, and a station master is paid a salary of more than Rs. 200,000. The Department of Railways incurs a loss of Rs. 7 billion annually. After earning a salary of more than Rs 300,000 from tax funds paid by the general public, it is very unfair to inconvenience the general public and make them suffer like this. The trade unions spoke to me yesterday, requesting for another discussion. So far we have had four discussions. Afterward, though they promise to agree, they don’t. Therefore I said, I will only arrange another meeting if railway employees report to work. Meanwhile, I have instructed the general manager of railways to continue with their operations. The army commander held discussions with us and requested that permission be given to train a group of army officers as engine drivers. I approved his request. If the strike action continues on Monday, we plan to operate 30 trains and operate all trains as dual trains. Railways employees are gradually reporting to work. However, they are obstructed from reporting to work. 32 of the 39 employees recruited on a contract basis did not report to work. I have given instructions to terminate these employees.

Because if these legal actions are taken against these trade unions, they might even lose their jobs, leaving their families to face the consequences. So those who engage in these trade unions with petty political agendas must remember that legal action will be taken against and they must remember, that they will pay the price for it. We are not being pessimistic. But if the small number of trade unions are controlling the fate of around 20 million people, there is definitely a problem there.

Who should we stand with? With the people.

Meanwhile the Convener of the National Peoples Council, Chameera Perera also commented on the matter;

These demands ideally should be made during the next financial year. While this matter is being discussed, railway trade unions continuing to strike and inconvenience, is not something we approve. The government must take action immediately. We believe the government delayed to take action in this regard. What is the approach of such trade unions? This is a major issue. To whose whims do such strike actions take place? The responsible trade unions, and all those responsible, even their family members must pay special attention to this matter. To whose political agendas are such strike actions launched? We must act fast to protect the general public. 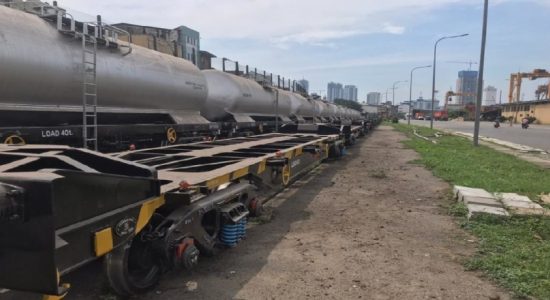 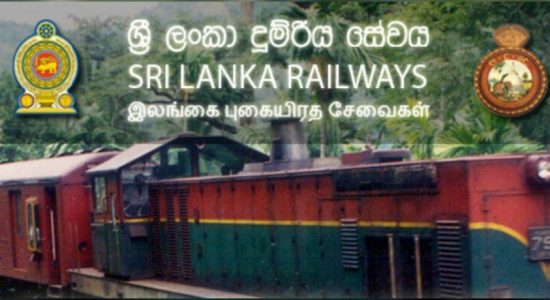