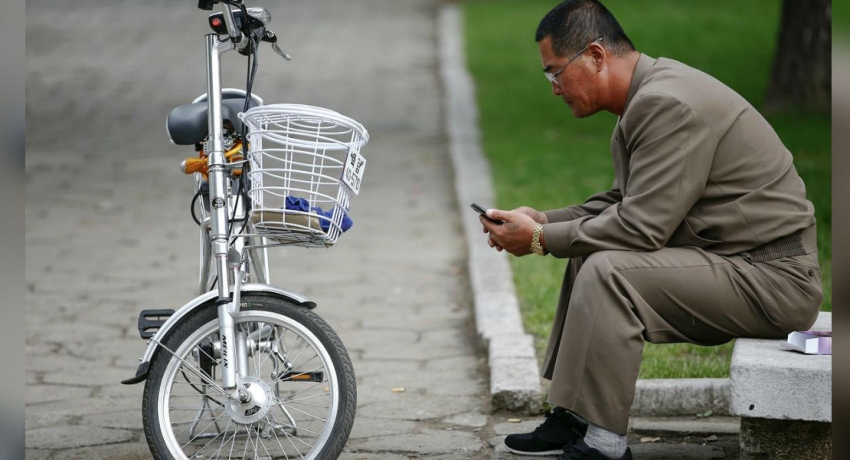 How a sanctions-busting smartphone business thrives in North Korea

How a sanctions-busting smartphone business thrives in North Korea

Reuters – North Korea is evading U.N. sanctions to cash in on soaring domestic demand for smartphones, using low-cost hardware imports to generate significant income for the regime, according to defectors, experts and an analysis of North Korean-made phones.

Economists estimate as many as six million North Koreans – a quarter of the population – now have mobile phones, a critical tool for participating in an informal market economy that has become a key income source for many.

Many of the locally-branded phones feature Taiwanese semiconductor chips, batteries made in China and a version of Google’s Android operating system, according to a Reuters analysis. United Nations sanctions imposed in 2017 prohibit imports of mobile phone hardware.

The Pyongyang 2423 smartphone, manufactured late last year, has all the components of an average smart phone — it features Taiwanese MediaTek’s MT6737 chipset and a slot for one SIM card and one memory card, which according to its serial number, shows it was produced by Japanese chip-maker Toshiba. The device’s identification number shows the phone was manufactured by the Chinese firm Gionee, a maker of low-end smartphones.

“The parts (of the smartphone hardware) are all included in the international sanctions against North Korea, which raises questions,” said Lee Young-hwan, a South Korean software expert studying North Korean smartphones.

North Korean phones can only be used to call domestic numbers and have some unique security features. Downloading or transferring files is severely restricted–according to Lee, if users install illegal programmes, then their phone will malfunction and the data will be destroyed.

North Korean leader Kim Jong Un has endorsed wireless networks and local mobile phone brands such as Arirang through public speeches and a tour to a mobile phone factory reported by state media.

Despite the device’s increasingly ubiquitous usage across the country, the average citizen must still fork over a fortune to get hold of one.

“I sold two pigs. I also smuggled herbs into China and collected renminbi. I saved and I saved, selling anything in my home that was worth money. That’s how I bought a cellphone.” said a defector whose surname is Choi, who hails from rural Ryanggang Province.

While Choi paid around 1,300 Chinese yuan ($183.28) in total for her family’s smartphone, on average North Korean phones typically cost between $100 and $400, or even more for the latest models. They are typically sold with service plans that include 200 minutes of calling time per month, defectors and experts say. Prepaid plans cost about $13 dollars for 100 minutes.

Those prices are comparable to or higher than what mobile phone customers pay in other countries. North Koreans earn an average of about $100 per month, only about 4% of their southern neighbours, according to South Korean government data.

“As at least 3-6 million people are using it, the usage fee and reception fee must also be very huge. That could be a source of income for the government,” Shin Mi-nyeo, executive director of the Organisation for One Korea, a South Korean support group for defectors.

In a survey on 126 North Korean defectors who had used mobile phones at home, more than 90% said cellphones improved their daily lives and about half said they used them for market activities.