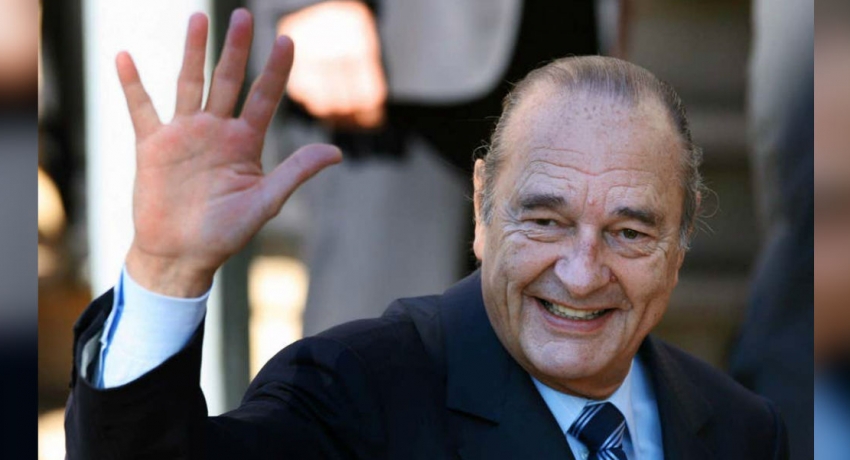 Reuters – Former President Jacques Chirac, a political chameleon who dominated French politics for decades in roles ranging from mayor of Paris to the second-longest serving leader of the nation, died on Thursday at the age of 86.

“He passed away peacefully this morning surrounded by his loved ones,” his son-in-law Frederic Salat-Baroux told Reuters.

The lower house of the French parliament interrupted a sitting to hold a minute’s silence. President Emmanuel Macron canceled a public engagement and planned to make a televised address later on Thursday.

Chirac was president from 1995 to 2007. Following in the footsteps of Charles de Gaulle, Chirac tried to elevate France’s status as a player on the world stage. He stirred national pride with his opposition to the U.S.-led invasion of Iraq in 2003.

After stepping down from office, he was convicted for misuse of public funds in December 2012, which made him the first head of state convicted since Nazi collaborator Marshal Philippe Petain in 1945. But he served no jail time.

Figures from French political life, including some who had locked horns with Chirac in the past, paid tribute to him on Thursday.

Richard Ferrand, speaker of the National Assembly, said: “Jacques Chirac is now a part of the history of France. A France in his image: full of energy, complex, sometimes full of contradictions, always motivated by a tireless passion for the Republic.”

Marine Le Pen, leader of the far-right National Rally party, said despite political differences with Chirac “he was able to oppose the madness of the war in Iraq”.

Chirac was born in 1932 in Paris. He studied at the elite Sciences Po university and ENA civil service academy, and served as an army officer.

He left the government and by 1977 was elected as Paris’s first mayor, a job he would keep for 18 years, until his election as president in 1995. He won a second term in 2002, after a fraught battle with far-right challenger Jean-Marie Le Pen, father of Marine Le Pen.

During his career, Chirac had flirted with Communism and ultra-nationalism before settling on mainstream right-of-center politics, earning him the nickname “Chameleon Bonaparte.”

Another of his nicknames was “Houdini”, a reference to his knack for managing to escape serious punishment, despite the allegations of misuse of funds.

In the last years of his life, he suffered from neurological problems and was rarely seen in public. He lived quietly with his wife, Bernadette, in an apartment on Paris’s Quai Voltaire, and worked on his memoirs.