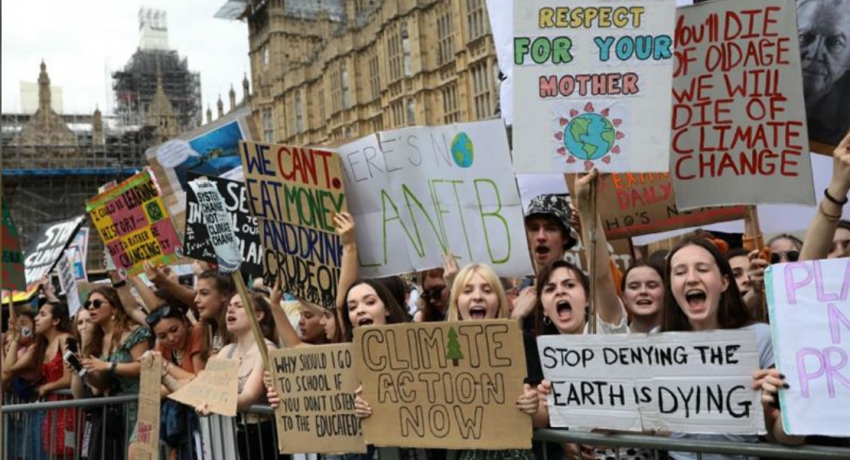 REUTERS:- Thousands of students took to the streets of Australia and other Asia-Pacific countries on Friday to kick off a global strike demanding world leaders gathering for a UN Climate Action Summit adopt urgent measures to stop an environmental catastrophe.

“We didn’t light it, but we’re trying to fight it,” read one sign carried by a student in Sydney, as social media posts showed huge demonstrations around the country including outback towns like Alice Springs. “The oceans are rising and so are we,” read another sign held by a protester wearing school uniform in Melbourne. Similar protests, inspired by the 16-year-old Swedish activist Greta Thunberg, are planned in some 150 countries on Friday. The aim is for students and others from around the world to speak in one voice about the impending effects of climate change on the planet.

The strike will culminate in New York when Thunberg, who has been nominated for a Nobel prize for her climate activism, will spearhead a rally at home of the United Nations headquarters. Thunberg noted the “huge crowd” in Sydney in a tweet, which she said would set the standard as the strikes moved across Asia, Europe and Africa. By early afternoon, the Sydney protesters were overflowing out of a 34-hectare (84-acre) open space in the city. Similar crowds were reported in Brisbane and other state capitals. Danielle Porepilliasana, a Sydney high school student, had a blunt message for politicians like Australian Finance Minister Mathias Cormann, who told parliament on Thursday that students should stay in class. “World leaders from everywhere are telling us that students need to be at school doing work,” she said, wearing anti-coal earrings. “I’d like to see them at their parliaments doing their jobs for once.”

The UN summit brings together world leaders to discuss climate change mitigation strategies, such as transitioning to renewable energy sources from fossil fuels. The issue is particularly pertinent to low-lying Pacific islands, which have repeatedly asked wealthier nations to do more to prevent rising sea levels. Children in the Solomon Islands protested on the shoreline wearing traditional grass skirts and carrying wooden shields in solidarity with the global movement. In Thailand, more than 200 young people stormed into the environment ministry and dropped to the ground feigning death as they demanded government action on climate change. “This is what will happen if we don’t stop climate change now,” said 21-year-old strike organizer Nanticha Ocharoenchai. No protests were authorized in China, the world’s biggest source of greenhouse gas emissions, but Zheng Xiaowen of the China Youth Climate Action Network said Chinese youth would take action one way or another. “Chinese youth have their own methods,” she said. “We also pay attention to the climate and we are also thinking deeply, interacting, taking action, and so many people are very conscientious on this issue.”

Global warming caused by heat-trapping greenhouse gases from burning fossil fuels has already led to droughts and heatwaves, melting glaciers, rising sea levels, and floods, scientists say. Carbon emissions climbed a record high last year, despite a warning from the U.N.-backed Intergovernmental Panel on Climate Change in October that output of the gases must be slashed over the next 12 years to stabilize the climate. Organizers said demonstrations would take different forms around the world, but all aim to promote awareness of climate change and demand political action to curb contributing factors to climate change. 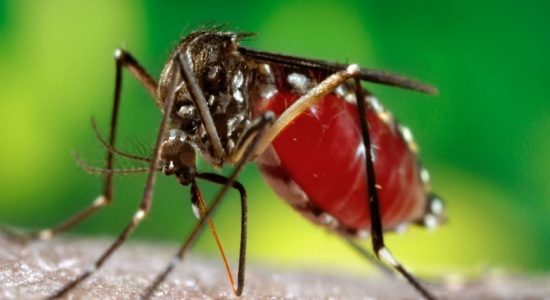 WEF annual meeting kicks off with 400 sessions in store 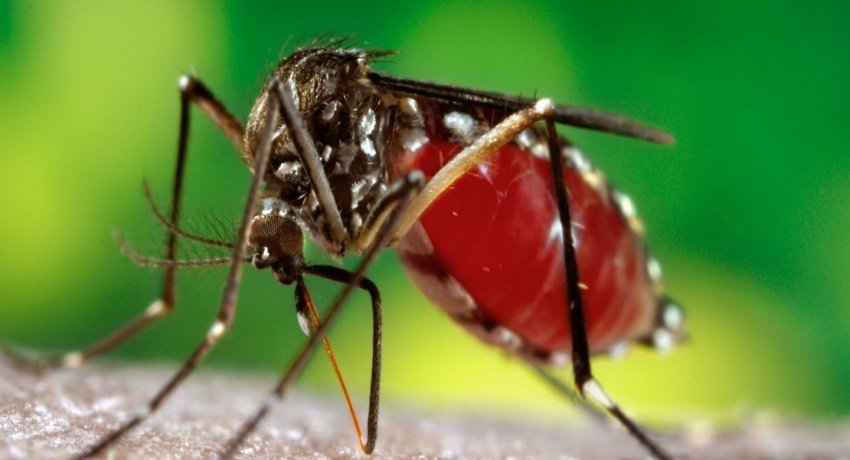