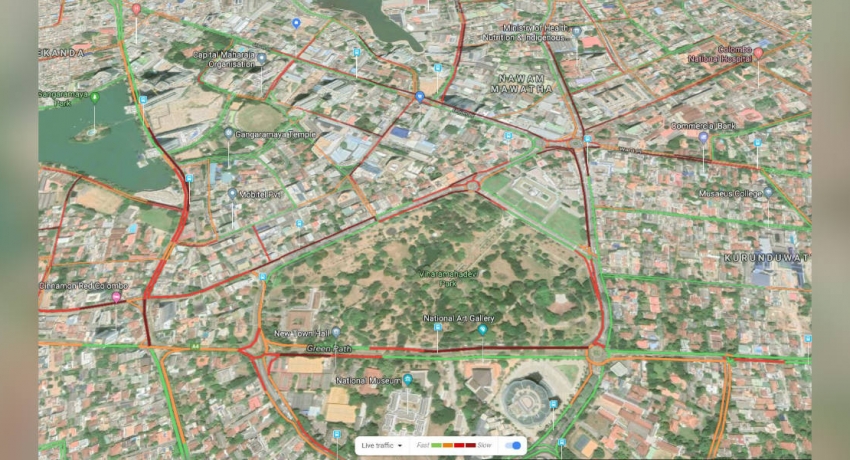 Colombo (News 1st): Heavy traffic is being reported in Fort, Cinnamon Gardens, Slave Island, Pettah and surrounding areas due to a protest march by non-academic staff of Universities. News 1st reporters in the area noted that the Lipton Circus in Colombo has been completely blocked due to the protest march.

Motorists have been advised to use alternative routes to reach their destinations.

The march has been launched citing the failure by authorities to resolve their issues. The strike entered its 9th consecutive day today.