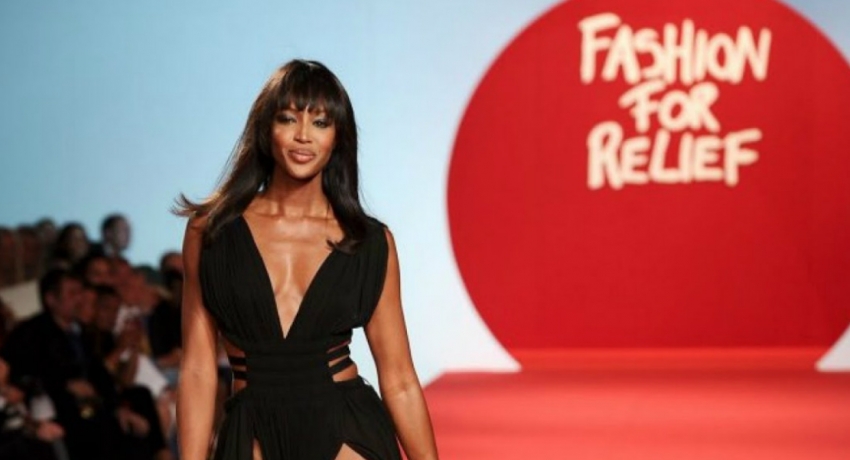 REUTERS:- British model Naomi Campbell led a catwalk show on Saturday (September 14) for her charitable Fashion for Relief organization, which she founded in 2005 and said this year was raising funds for children’s education and skill development causes.

During the show, held at the British Museum, models strutted in an array of colorful and quirky outfits from a mix of designers that included floor-length gowns, such as one sequined dress with feathered sleeves worn by Campbell.

There were also deconstructed jackets and plenty of prints, including one top depicting a portrait of Campbell’s fellow 1990s supermodel Kate Moss. Sitting front row next to each other were Vogue editors Edward Enningul and Anna Wintour.