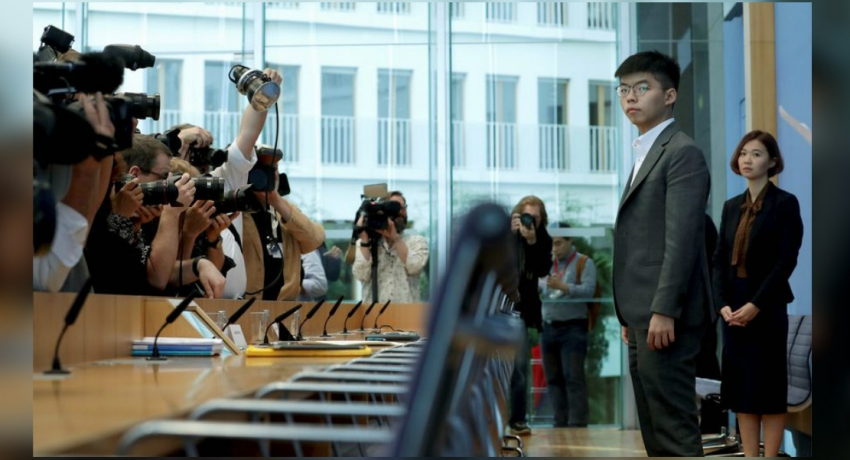 Reuters – Hong Kong pro-Democracy activist Joshua Wong on Friday (September 13) said he was trying to put a “global spotlight” on the protest movement in the Chinese-ruled city sparked by a proposed extradition bill.

“It’s a must to put Hong Kong under the global spotlight,” Wong said, as he left an event at the Center for Chinese Legal Studies at Columbia University in New York.

The protests against the bill, which would have allowed extraditions of suspects to mainland China in the former British colony began in March but snowballed in June and have since evolved into a push for greater democracy.

Wong told a reporter at the event that he had been invited to meet with U.S. congressmen during his U.S. visit.