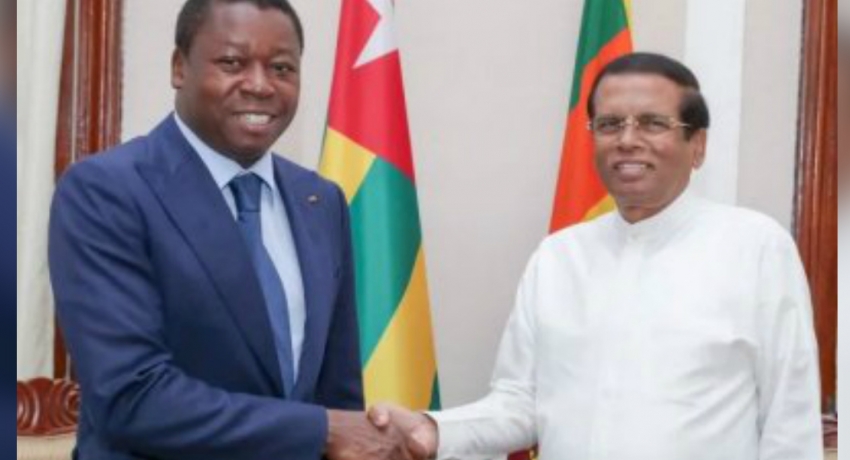 Colombo (News 1st): The President of Togo has said that he will use Sri Lanka as an example in speaking on the progress in countering terrorism during his address at the International Summit on terrorism. He made the statement when he met President Maithripala Sirisena during his tour of the islands.

While the President of Togo has been notified of steps taken in the aftermath of the April 21st terror attacks, he has expressed his appreciation of measures taken to combat terror attacks. He further added that he invites Sri Lankan Investors and Businessmen to enter the Togolese Markets.

Petition by MP Fowzie to be taken up in March