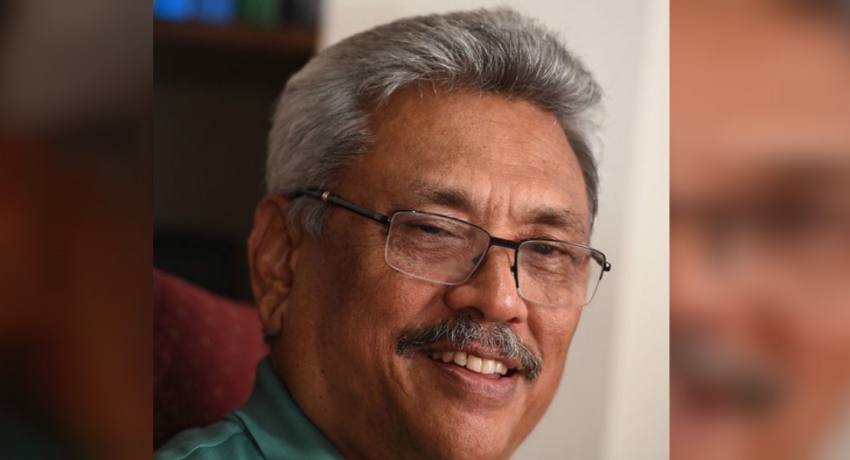 “The future government should reclaim lost assets of the country” – Gotabaya

“The future government should reclaim lost assets of the country” – Gotabaya

COLOMBO (News 1st):- Speaking at an SLPP event held in Avissawella today (September 7), the party’s presidential candidate, Gotabaya Rajapaksa said that it is extremely important to protect the resources of the country despite the political pressure that the country has to undergo from the international community. He says that they do not have the capacity to please these countries and get rid of the pressure since a strategically important economic location has fallen under the grasp of foreigners. Gotabaya adds that he believes the country in the future should be ruled through a government that could reclaim the lost assets.

Gotabaya Rajapaksa made these comments while addressing a conference organized by the People’s United Front to pledge their support to him. The event was also attended by the leader of the Sri Lanka Podujana Peramuna Mahinda Rajapaksa, National Organizer of the party Basil Rajapaksa, and the Leader of the Mahajana Eksath Peramuna Dinesh Gunawardena.

Leader of the Mahajana Eksath Peramuna, MP Dinesh Gunawardene says that they are not asking for their rights since they have not fulfilled national responsibilities but that their duty is to protect the nation.

Also speaking at the event, the leader of the opposition Mahinda Rajapaksa says that they have already finished selecting their candidate although the UNP is still pulling in all directions trying to name a candidate. He jokingly said that yesterday Ranil Wickremesinghe says that he will contest the elections despite the other person (Sajith) not even declaring that he has given up the run-up to being the candidate. He further said that regardless even if the proposed three contest separately or together that it will not make a big difference for them and that they could definitely defeat them.

“Once a king was being paraded along a road, everyone was complimenting the king saying that his clothes are beautiful but one child hoots at him and tells him that he is naked. So Ranil Wickremesinghe is like this king going around saying that he has developed the country.” – says Mahinda Rajapaksa. Rajapaksa said that Ranil is asking for the peoples’ mandate to continue developing highways to travel fast in the country even though they have done nothing of the sort. He added that they will only slip and fall after this election. 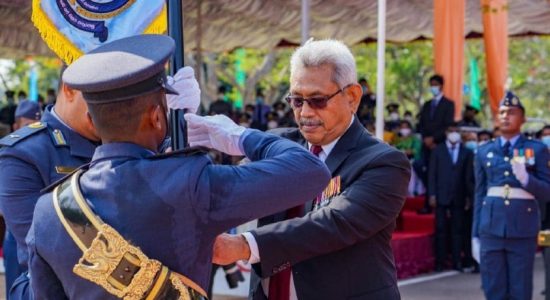 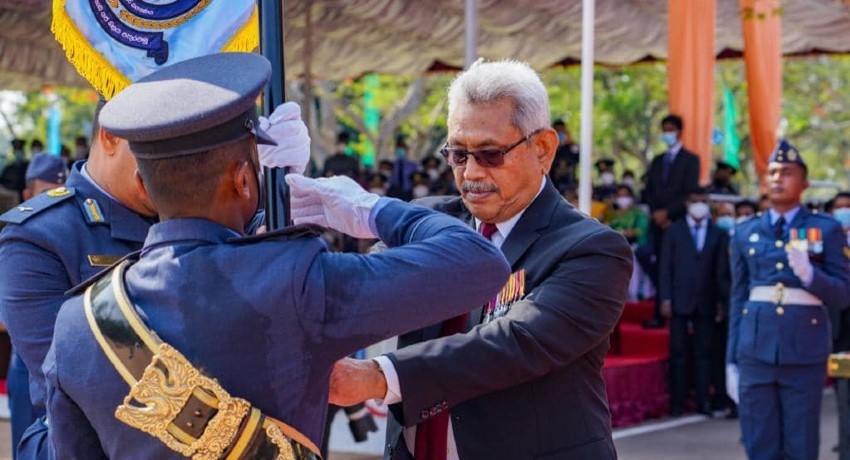