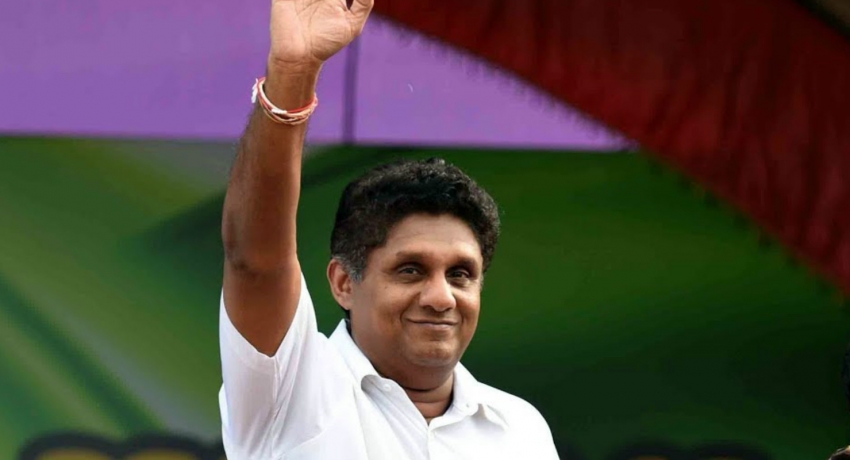 COLOMBO (News 1st):- A special convention of local government representatives of the United National Party was held in Colombo today (September 7). Local government representatives of the UNP and candidates who contested the elections under the UNP and many others attended the convention in support of Deputy Leader of the UNP Minister Sajith Premadasa.

The event was held at the Sugathadasa Indoor stadium. The event commenced with the arrival of Deputy Leader of the UNP Sajith Premadasa. A proposal to name Sajith Premadasa as the presidential candidate of the UNP was unanimously approved by the local government representatives present at the convention.

Addressing the masses gathered Minister Sajith Premadasa said that in the months of November and December that the government that is to be formed will not be a government consisting of friends but individuals who are talented.

He further said that he too signed a contract with the President and that it was signed to make Ranil Wickremesinghe the Prime Minister. He says that during the period of those 52 days when this agreement was struck certain people close to him had slung mud at him. Sajith Premadasa reminds people that he never built his political career through political coups.

“It is hard for me to think as to why a person who has made so many sacrifices, never stolen, never looted, and a person who is trying his best to work well for the general public, why is it taking so long to give me this opportunity.’ – the Minister questions the delay in giving him the opportunity of being nominated as the Presidential candidate for the UNP.

He went onto say that during many such decisive moments that there was no hesitation to name various candidates and that he cannot comprehend why the requests of the masses of the general public are not being answered for so long. He calls out on his supporters saying that he protected his leader on 71 occasions when the position of the Prime Minister was offered to me on a platter 71 times that he rejected it because he respected his leader and the party. The Minister says that he does not know for how long this matter will be dragged on but that despite of all these procrastination that he will not take a step back from where he is right now.

He also said that a massive majority and all affiliated parties of the United National Front continue to repeat the sentiment that Sajith Premadasa must come forward and asked the UNP supporters to wait for another 20 years. He assured the people that he will not look back this time that he will definitely create a government headed by both the UNP and the UNF and with the blessings of the Prime Minister and Speaker Karu Jayasuriya.

Non-Cabinet Minister Sujeewa Senasinghe addressing those gathered said that it does not matter whichever Rajapaksa contests since it will not pose a challenge for them. He mentioned that a group supporting Rajapaksa’s within their own party is hoping that Sajith Premadasa is not nominated as the candidate.

Ministers Harin Fernando, Kabir Hashim and Non-Cabinet Minister Harsha de Silva were among the others who spoke at the event.