Colombo (News 1st): MIT Solve, an initiative of the Massachusetts Institute of Technology that advances solutions from tech entrepreneurs to address the world’s most pressing issues, announced a prize pool of $1.25 million for its next class of Solver teams on the 24th of April, 2019. 61 Finalists have been named under four categories namely; Circular Economy, Community-Driven Innovation, Early Childhood Development, and Healthy Cities.

Within this years 61 finalists, is a Sri Lankan group named Kayal. Kayal, a group of five members with the tagline “Building AI-powered aqua drones that collect waste, weed, and data from waterways.” The group had entered the competition under the category Healthy Cities.

A total of four finalists will receive the Community Award and the finalists will be invited to pitch their solutions at Solve Challenge Finals during United Nations General Assembly Week in New York City on September 22. According to MIT Solve, at the event, leading cross-sector experts will select 35 of the most promising tech-based innovators to become Solver teams. They note that these experts will work with Solve for the next year to scale their solutions with the support of funding, networking, mentorship, marketing, and more from the Solve community.

What is MIT Solve?

MIT Solve is an initiative of the Massachusetts Institute of Technology (MIT) that advances lasting solutions from tech entrepreneurs to address the world’s most pressing problems. Solve issues four Global Challenges each year to find the most promising Solver teams who will drive transformational change.

Solve then deploys its global community of private, public, and nonprofit leaders to form the partnerships these Solver teams need to scale their impact. In the last two years, Solve has brokered more than $7.5 million in grant funding to Solver teams, in addition to in-kind support.

The problem Kayal is solving…

In the developing world, the urban poor live closest to highly polluted waterways and face the highest risk of waterborne diseases and flooding. The slums lining Chennai and Colombo’s canals house more than two million people.

Marine pollution impacts the ocean’s function as a CO2 recycler and a heat sink, accelerating climate change, which disproportionately impacts the poor. 7.1 million fisherfolk in India face the threat of flooding due to global warming. Consuming plastic-filled fish is a health hazard. 80% of ocean litter is transported via inland waterways.

Keeping inland waterways clean is critical for the livelihoods of the urban and coastal poor, but this is a very difficult task. In Colombo, the government employs daily manual laborers to fish out more than 15 tonnes of trash from the city’s 100 km canal network.

Despite US$2 million spent on wages, much waste is left uncollected and ultimately ends up flowing into the ocean. The problem is more severe in other South Asian cities. Currently, workers paddle in a pontoon and scoop up waste with weir skimmers. This is a major health risk for workers and is also inefficient. Mechanized substitutes are expensive, heavy, and have high operating and maintenance costs.

Who are they (Kayal) serving?

They are serving two vulnerable segments of the population:

Urban waterways in developing countries are narrow, shallow, and heavily polluted. To perform cleaning in such conditions, the device needs to be compact but capable of heavy-duty operation and offer a large payload. Further, pricing must be suitable for developing countries. Their trash skimmer encompasses all these considerations and will have 10x the carrying capacity of comparable solutions in this space.

Further, they have observed and interviewed a large number of cleaners, who also live in the same slums. Their interaction with the cleaners has led them to decide that they will primarily sell human-operated versions of our trash skimmers in regions where there is a shortage of jobs. Thus, Kayal noted that they will not cause a loss of employment, as some of the existing cleaners will be retrained as operators while others will be absorbed by the ecosystem assigned to safely dispose of the collected waste.

They noted that their solution will ensure that the waterways close to slums are clean, flowing, and free of larval breeding locations. 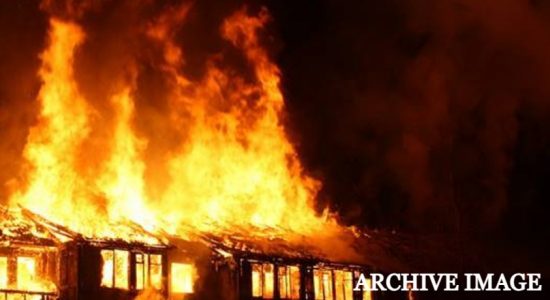