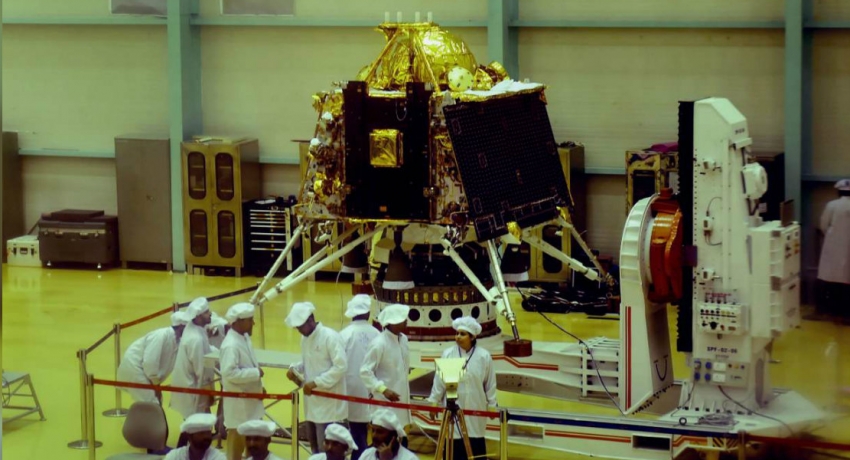 India’s second Moon mission will see the country’s space agency attempt to land a rover on the lunar surface on 7 September. Science writer Pallava Bagla explains how it will reach the Moon and why it is significant.

Why is this mission unique?

Costing $150 million, Chandrayaan-2 will carry forward the achievements of its predecessor Chandrayaan-1 which was launched in 2008 and discovered the presence of water molecules on the parched lunar surface. Chandrayaan-2 is a three-in-one mission comprising an orbiter, a lander named Vikram and a six-wheeled rover named Pragyaan. It was launched on 22 July, a week after its scheduled blast-off, which was halted due to a technical snag. It entered the Moon’s orbit nearly a month later in a tricky operation, completing a series of maneuvers before its lander was cut loose on 2 September.

Now, on 7 September, a little after midnight India local time (1800 GMT), the lander which contains the rover will be sent hurtling down to the lunar surface where it is expected to make a landing near the South Pole of the Moon. The last 15 minutes of the mission, when the Vikram lander will attempt to autonomously guide itself down to the lunar surface with no support from ground control, has been described as “15 minutes of terror” by the head of the Indian Space Research Organisation (Isro), Dr. K Sivan. If India does succeed in touching down with the Vikram lander intact, it will become the fourth country to do so after the US, Russia, and China. More importantly for Indians, it will mean the nation’s flag will reach the Moon intact.