Colombo (New1st) – Reports suggest that the construction of the first and third phases of the Central Expressway will be further delayed. The Central Expressway from Kadawatha to Kurunegala and Galagedara was planned to be completed in three phases at a cost of US$ 2773 million.

Chairman of Road Development Authority, Nihal Suriyaarachchi stated that they have planned the Central Expressway from Kadawatha to Meerigama as the first section, then Meerigama to Kurunegala and from Pothuhera to Galagedara as section three. He further added that only work on section two is moving fast with local contractors and consultants. He noted that they are stuck with the Central Expressway 1 as the Chinese Government is still to release the funds. In Central Expressway 3, he added that there is an issue and discussions are going on with the Attorney General’s Department to avoid the unfavourable conditions with the Japanese law.

Construction of Phase One of the Central Expressway from Kadawatha to Meerigama was to be done by China, based on an agreement reached between the two countries. However, the anticipated loan from the Asian Development Bank for this section is yet to be received by the Government. Though the ADB had agreed to provide a loan of US$ 01 billion, the Sri Lankan Government was compelled to make an advance payment of 15 per cent for this before the loan is released.

Interestingly, while Phase One is delayed further, Cabinet approval was given for construction of Phase Four of the Central Expressway to be handed over to a Chinese Firm.

In addition, construction of Phase Two of the Central Expressway is done by local companies with loans released by local banks.

When the section from Meerigama to Kurunegala reached near completion, an issue with regard to the construction of the Pothuhera Inter-Change caused more complications.

The contract for the construction of the interchange was vested with Phase Three Contractor Taisei, however as construction is yet to begin, there’s no place to exit the expressway, despite Phase Two being completed.

Despite objections from the Contractor, the RDA decided to move construction of the interchange to the Phase Two contractor with Cabinet approval.

Taisie Corporation from Japan warned, omitting the interchange at Pothuhera and moving it under the Government of Sri Lanka would result in them stepping away from the project. Later the Road Development Authority said the matter was solved.

However, construction of Phase Three of the Central Expressway is yet to begin. The RDA says the issues in the loan agreement had attributed to this situation.

Four years after the Central Expressway Project was launched, only the 38 km stretch of road in the middle of the expressway was constructed.

The Central Expressway Project began when Minister Lakshman Kiriella was the subject minister. Few people who expressed their views regarding the matter noted that companies attached to Minister Kiriella engaged in construction in an expressway that seems to have no end or an exit.

Few others added that Minister Kiriella was receiving commissions from those projects highlighting that as a result of it, companies with ties to him were given the contracts and the project is stalled at multiple locations.

MP of UPFA, Wimal Weerawansa stated according to the information available to them, the subject minister and his daughter used the expressway project as a money-making venture. He reasoned that the construction of the expressway depends on the size of the commission given to them emphasizing that the delay, in fact, lines their own pockets.

Convenor of the All Ceylon Farmers Federation, Namal Karunaratne stated that Lakshman Kiriella made money from this project calling it “a money pit for MPs and Ministers”.

State Banks have the money of the general public. If the tax-payers’ money is invested in such projects, it should be done only after an assessment is done on its benefits. If the anticipated benefit of the Central Expressway is to be reaped, the expressway must be completed.

Isn’t the result of not being able to reap benefits because of a partially constructed expressway, wasting public funds? Or is it that if the word ‘Central’ is in the name like the Central Bank and now the Central Expressway it is ripe to swindle or ready for a scam?

Indictments were filed against Gotabaya Rajapaksa at the Permanent High Court Trial at Bar for constructing a memorial using public funds.

If this is the case, shouldn’t the masterminds behind the Central Expressway Project, where public funds are wasted for personal gains, be brought before the law? 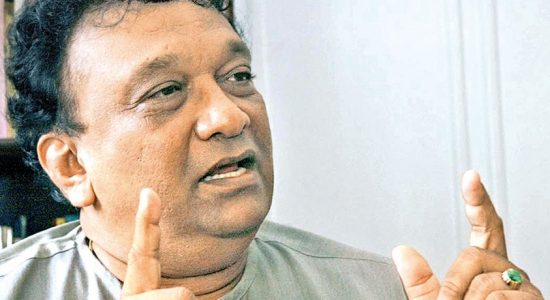 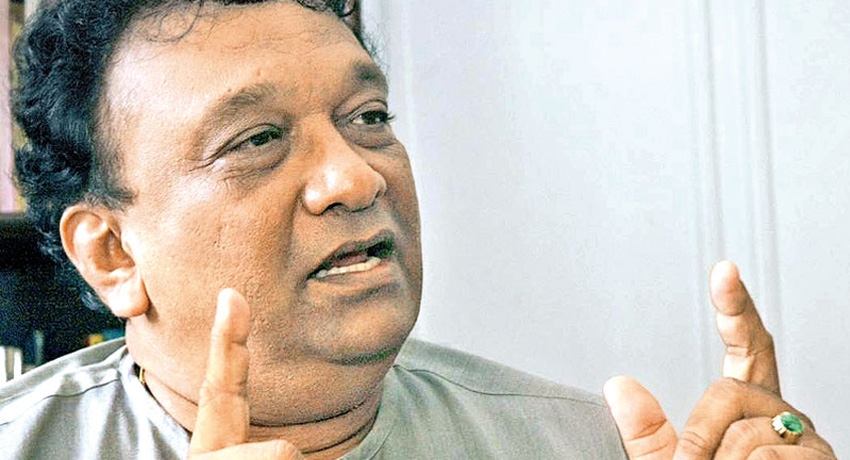