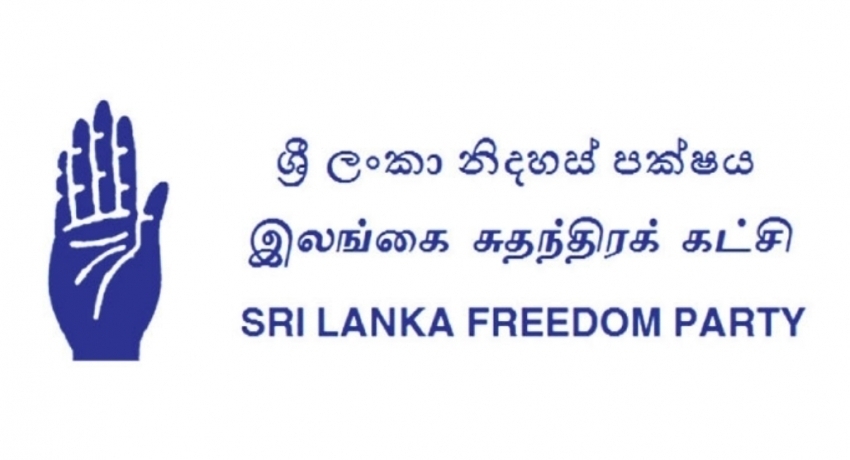 17.36 – “We will create a Government in 2020. Get ready to show the strength of the SLFP” – President Maithripala Sirisena

17.34 – “Today we begin our campaign for the next Presidential election. We will strengthen the party and create a people-centric alliance around our party.” – President Maithripala Sirisena

17.29 – “The next President will not have the power to do anything because of the 19th amendment to the constitution. All the powers will be vested with the PM” – President Maithripala Sirisena

17.28 – “The country needs leaders who are honest and love the people of this country. The people in Government and in the Opposition are engaging in secretive talks with the leaders of the North to prepare for the elections. None of these people have a plan”. – President Maithripala Sirisena

17.24 – “.. The people responsible for the bond scam should immediately resign from politics. These are the same people who are preparing for elections now. More will be revealed in the days to come ..” – President Maithripala Sirisena

17.23 – “99% of our local government bodies are corrupt. There is no plan to rid corruption from these bodies..” – President Maithripala Sirisena

17.22 – “.. This political force that we are creating should be the social conscience of the country. We will lead the fight against the VIP politics that is being funded by racketeers and drug runners ..” – President Maithripala Sirisena

17.09 – “..The people who jump from party to party do not think about the country, they only think about their own personal gains. This is the issue that the people need to solve ..” – President Maithripala Sirisena

17.08 – “.. How many people engage in politics for the sake of the country or the people? Only a few. How many politicians agree with the idea of creating a corruption-free Sri Lanka? ..” – President Maithripala Sirisena

16.51 – “.. The SLFP will be the determining factor in the Presidential election as well as the General election. We will not panic, we will make the right decision at the right time. We are not ready to betray this party..” – MP Dayasiri Jayasekra General Sec. – SLFP

16.50 – “..There are those who say the SLFP is finished. Over the years there have been many parties who have made this statement, do not forget we are a party that stands up each time we fall. We are a party that will once again emerge victoriously..” – MP Dayasiri Jayasekra

16.27 – “.. We should clearly state that Ranil, Sajith, and Karu are not our political allies. The Presidential election is upon us. This event proves that we have the power to be the kingmakers..” MP Nimal Siripala de Silva Senior Vice President- SLFP

16.26 – “..They got our vote for the 19th amendment because they promised that they would bring about a 20th amendment which would bring out a change in the election process and how our representatives are elected. But we were cheated..” –  MP Nimal Siripala de Silva

16.20 – “..Our party was never a racist party. It never carried out politics based on race or creed. There is no room in our party for racism. ” – MP Nimal Siripala de Silva Senior Vice President – SLFP

16.04 – Former President Chandrika Bandaranayake Kumaratunga arrives at the 68th Convention of the SLFP

16.02 – Our party is the party of the working class. We allow anyone and everyone to come forward and become national leaders. We will once again become the strongest party in the country ..” – MP Mahinda Amaraweera

16.00 – “..We will not allow our party to be diluted or dissolved. We will take the SLFP to a position where we will lead the national agenda once again.” –  MP Mahinda Amaraweera, Vice President – SLFP

15.59 – “Our party has faced many challenges throughout its history. There were occasions when the party was divided and we even lost our party head office. But we need to assure you today that the party is strong and we are on the wining path” – Mahinda Amaraweera

15.05 – President Maithripala Sirisena arrives at the Sugathadasa Indoor Stadium for the 68th Convention of the SLFP

SLFP not pleased with government’s handling of X-PRESS PEARL; Dayasiri