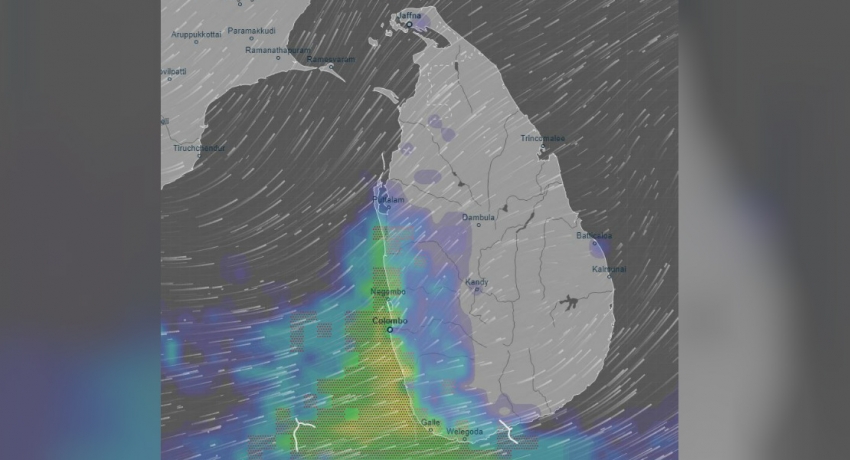 Colombo (News 1st): The Meteorological Department noted that the prevailing showery condition in South-Western part of the island is expected to enhance to some extent during the next few days from today (August 28th).

The department added that showers or thundershowers will occur at times in Western, Central, Sabaragamuwa, Southern and North-Western provinces and several spells of light showers may occur in the Anuradhapura district. Further, showers or thundershowers will occur at several places in Uva province and in Ampara and Batticaloa districts after 2.00 pm.

Heavy rainfall of about 100 mm are likely at some places in Western, Sabaragamuwa, Central and North-Western provinces and in Galle and Matara districts. Wind speed can increase up to 50 kmph at times in Northern and North-Central provinces and in Puttalam, Trincomalee and Hambantota districts.

They added that on the apparent southward relative motion of the sun, it is going to be directly over the latitudes of Sri Lanka from August 27th to September 7th this year. The sun is overhead today (28th) at Nachchikkuda, Murikandi, Alankulam, Pirappuvedduvan at about 12.12 noon.