“4/21 attacks were committed by those against humanity” – Rev. Cardinal Malcolm Ranjith

“4/21 attacks were committed by those against humanity” – Rev. Cardinal Malcolm Ranjith

Colombo (News 1st) – Questions were posed at His Eminence Malcolm Cardinal Ranjith, the Colombo Archbishop on a recent statement he made aimed at Presidential Candidates on the April attacks.

His Eminence affirmed his previous statement on extending his support to a candidate who would set up an independent commission to probe the April attacks.

Journalists referred to a similar promise made by Gotabaya Rajapaksa asking whether the SLPP candidate would receive the support of the Cardinal. He responded that his statement was not made favouring any specific party and it is up to the people to decide who they should vote. “We will never tell the people to vote for a certain party”, he continued.

His Eminence further mentioned in reference to the promise made by Gotabhaya Rajapaksa, that he does not have the political power to keep his promise adding that they are awaiting the response from those currently in power.

Journalists raised a question on his beliefs regarding the propriety of investigations on the killings of Roshen Chanaka and Anthony.

The Cardinal replied that even though it was mentioned that the report of the Presidential Commission was released it was not made public. He further mentioned that he was told nothing could be done until the Attorney General provides a response on the matter.

Journalists further specified the question references to Rathupaswala to which he replied that the investigations on the recent killings and the investigations on the killings during the JVP era including the killing of its own leader cannot be trusted. He added that the commission has to be able to enforce the law irrelevant of the person.
His Eminence Malcolm Cardinal Ranjith, the Colombo Archbishop accompanied President of the Italian Episcopal Conference Italy Gualtiero Cardinal Bassetti to visit the Temple of the Sacred Tooth Relic in Kandy.

“The crime was committed by those who are against humanity”, he continued commenting on 04/21 attacks. 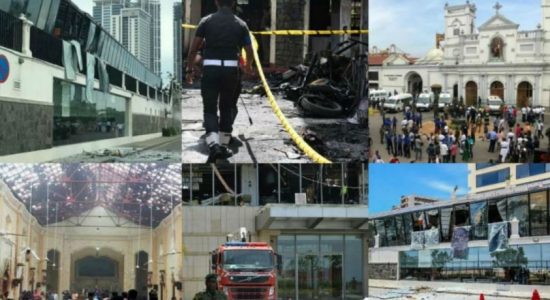